"The MMR Vaccine Is Not Associated With Risk for Autism" 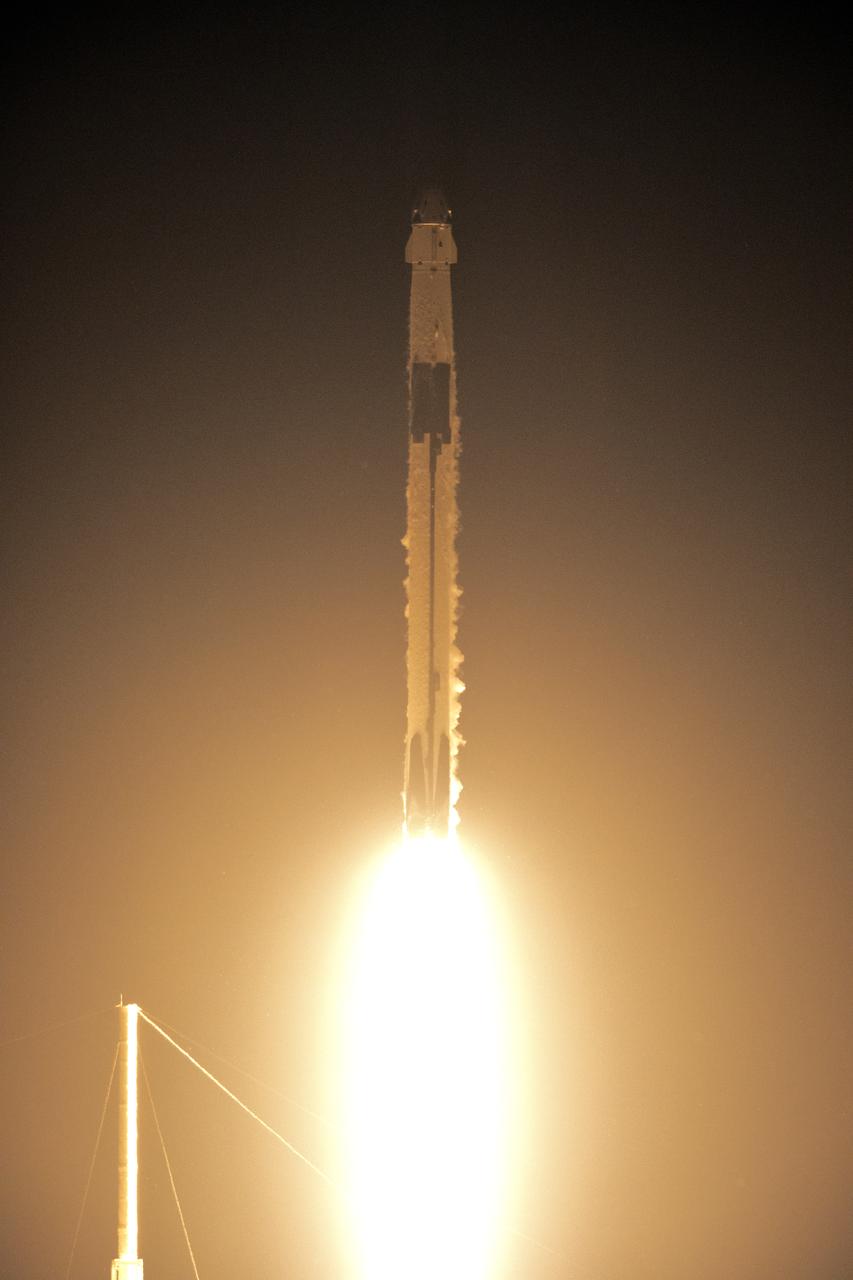 The quote heading this rather long post - "The MMR [measles, mumps and rubella] Vaccine Is Not Associated With Risk for Autism" - comes from a patient summary covering the the findings reported by Anders Hviid and colleagues [1].

Hviid et al utilised some of those oh-so-useful Scandinavian population registries to provide support for the hypothesis that "MMR vaccination does not increase the risk for autism, does not trigger autism in susceptible children, and is not associated with clustering of autism cases after vaccination." As per some media reporting of the study (see here), such a finding comes at a time when cases of measles in particular, are on the rise (see here) in various parts of the developing and developed world (see here) as a possible/probable consequence of specific viewpoints around vaccination (see here).

The Hviid data, as important as it is, is nothing new in terms of research that has been done on the topic of childhood vaccination and autism risk (see here). Indeed, the author is no stranger to this area of the autism research 'scene' as per other population-based cohort studies looking at "whether vaccination with a thimerosal-containing vaccine is associated with development of autism" [2]. The answer on that peer-reviewed research occasion was probably not: "results do not support a causal relationship between childhood vaccination with thimerosal-containing vaccines and development of autistic-spectrum disorders." The authors have also previously looked specifically at the MMR vaccine and autism risk too [3] albeit with caveats, some of which they addressed in this more recent investigation...

The basics this time around: look through the registry data of some 650,000 children "born in Denmark from 1999 through 31 December 2010, with follow-up from 1 year of age and through 31 August 2013." Collect and collate various information - use of "MMR and other childhood vaccinations, autism diagnoses, sibling history of autism" - and undertake some statistical analysis pertinent to the question of "whether autism developed in children who got the MMR vaccine compared with those who did not during the follow-up period." Researchers also included various potential confounders in their statistical analyses: "maternal age, paternal age, smoking during pregnancy, method of delivery, preterm birth, 5-minute Apgar score, low birthweight, and head circumference."

As per the opening paragraph, the results did not detect any link: "Comparing MMR-vaccinated with MMR-unvaccinated children yielded a fully adjusted autism hazard ratio of 0.93 (95% CI, 0.85 to 1.02)." This based on data where around 95% of the population received the vaccine (around 31,000 were classed as 'MMR-unvaccinated') and 1% (n=6,517) of the total population were diagnosed with autism. A few other observations were also noted by Hviid and colleagues: "The highest risk for autism was conferred by being a boy..., being born in a late birth cohort (2008-2010...), having no early childhood vaccinations..., and having siblings with autism at study entry." Such observations have some important links to other independent findings; for example, children with a sibling already diagnosed with autism are more likely to be diagnosed with autism (see here) and children who did not receive the MMR vaccine were actually slightly more likely to be diagnosed with autism than those who were vaccinated (a trend particularly noted in girls I believe). That last result might tie into other independent findings too (see here).

As with any research study, there were limitations attached to the Hviid investigation. So: "No individual medical chart review was performed" meaning that registry data, as strong as it is, is not the same as "medical records or direct examination of the children by research staff." The use of such population registries across a wide variety of different research topics (see here and see here for examples) carries the same limitation. I'm also minded to mention that population registry data is good for ascertaining population trends, but tends to say little about rare events. Individual issues can sometimes get lost in the statistical noise [4]. The focus of the Hviid study was also specifically on the MMR vaccine. Although not completely au-fait with the vaccination schedule in Denmark (see here) the data say little about the use of other vaccinations, their timing, and any connection (or not) to autism. And finally, I might quibble with the idea that Hviid et al looked at 'susceptible groups' on the basis of the variables they included in their 'autism risk score'. 'Smoking during pregnancy' for example has shown little to no association with autism (see here and see here) (something we can't say when it comes to offspring risk of ADHD for example). Other variables such a maternal metabolic syndrome signs and symptoms during pregnancy (see here) or maternal vitamin supplementation during pregnancy (see here) might have provided some stronger indications of autism risk/susceptibility. And then there's the recent results from Xie and colleagues [5] to also consider... 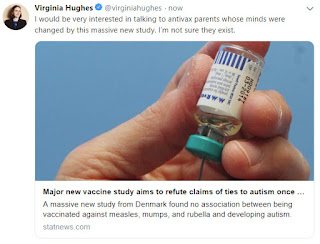 Still, the Hviid data provide further pretty powerful evidence disproving any population-wide link between MMR vaccine receipt and autism risk. The big question is whether such results, added to quite a lot of other science on this topic, are actually going to make any difference to something like vaccination rates against diseases like measles?

As per an editorial [6] accompanying the Hviid paper we live in an age where scientific data seems to have 'limited persuasive value' for some people and where the concept of 'risk' is often not well understood. The editorial authors also opine that "an alternative explanation of the perceived phenomenon should be provided" which is something else rather important. Not least because some parents, right or wrong, are still adamant that their child had a reaction to one or more of their childhood vaccinations (see here and see here). Autism research has tended to shy away from looking at this specific scenario (see here) thus leaving it unchallenged. Perhaps therefore the time is right for some brave researcher to study those children who were reported to have allegedly undergone a reaction to vaccination and see if anything is significantly 'different' about them on a behavioural and/or biological level? Whether indeed an alternative explanation could be provided for their clinical regression including the influence of variables immediately after the vaccination event [7]?

And as for the message about ensuring children (and adults, particularly vulnerable adults) are vaccinated and protected against diseases, I once again turn to the writings of Roald Dahl, and how measles devastated his family (see here) and what vaccination would have meant to his daughter. A powerful personal message that perhaps needs to be used a little more often alongside the dissemination (and translation) of scientific data to promote the benefits of vaccination to individuals and populations alike...