Smoking during pregnancy and autism risk: no association (again) 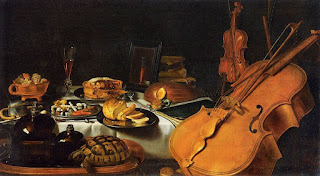 Question: Does tobacco smoking during pregnancy elevate the risk of offspring autism?

Answer: According to the meta-analysis published by Shiming Tang and colleagues [1] (open-access), probably not.

I have to say that I was interested in the paper from Tang et al. Interested not only because of their findings suggestive that smoking during pregnancy did not seem to elevate the risk of offspring autism, but also that their report seemed to pretty much replicate a previous meta-analysis by Brittany Rosen and colleagues [2] in both design and findings. I've talked previously about the Rosen paper on this blog (see here).

Tang do make reference to the Rosen meta-analysis in their text and the fact that they: "only searched two databases which missed several eligible studies" also that they "misunderstood the difference between the period of “prenatal” and “pregnancy”, and they inappropriately included studies that only reported smoking during pregnancy but not specified whether it was during the prenatal period or not." That both papers eventually ended up with 15 studies in their final analyses and pretty much identical results should be noted however.