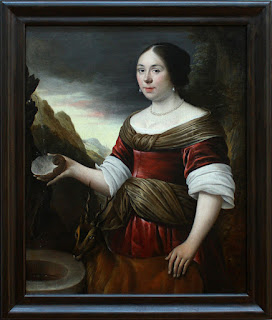 A slightly more light-hearted but nevertheless important post for you today as I bring to your attention the paper by Banaz Al-Khalidi and colleagues [1] and their conclusion that: "Vitamin D3 is safe and bioavailable from fortified mozzarella cheese baked on pizza."

Adding vitamin D3 - cholecalciferol - to mozzarella cheese, researchers assessed what happened to serum levels of 25-hydroxyvitamin D in a high (28,000 international units, IU) and low (200 IU) dose group of "96 apparently healthy, ethnically diverse adults" randomly assigned to one or other group. The results suggested that combined with pizza consumption "once weekly for 8 weeks" measurable levels of vitamin D did increase in both groups compared with baseline alongside the important finding that: "None of the subjects in either group developed any adverse events during the supplementation protocol."

Understanding that not everyone might be as enthusiastic about pizza (proper pizza!) and vitamin D as myself, the Al-Khalidi results might be something quite important. Calls for supplementing vitamin D grow louder in recent times (see here) following quite a bit of research linking vitamin D deficiency to various potential issues outside of just the 'English disease'. Although many health professionals might be a little reluctant to suggest that fortified pizza might be a route to increasing vitamin D levels as a function of society's tendency to go a little overboard when it comes to foods like pizza, I'd tend to favour such a model. If we further assume that vitamin D deficiency might stretch to a relationship with obesity and its partners for example [2], one can perhaps see how the risks attached to food fortification with vitamin D in such a manner might be outweighed by the potential population benefits.

Music: Lost Frequencies - Are You With Me.