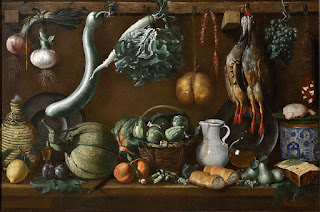 "Compared to children from the general population, children born to women with SLE [systemic lupus erythematosus] have an increased risk of ASD [autism spectrum disorder], although in absolute terms it represents a rare outcome."

That was the bottom line reported in the results published by Évelyne Vinet and colleagues [1]. Based on data derived from the "Offspring of SLE mothers Registry (OSLER)", researchers identified children born to mothers with SLE alongside a matched control population and "ascertained ASD." They concluded that: "Children born to women with SLE had more ASD compared to controls [1.4% (95%CI 0.8,2.5) versus 0.6% (95%CI 0.5,0.8)." Further: "These hypothesis-generating data provide direction for additional studies of maternal autoimmunity and ASD risk."

Anyhow... "In primary multivariate analysis, SLE offspring had substantially increased risk of ASD versus controls (OR 2.19, 95%CI 1.09,4.39)." That being said, I would re-iterate the authors' caveat about autism still being a rare outcome when it comes to maternal SLE. I do however find some logic in the idea that maternal autoimmunity is worthy of far greater research inspection when it comes to offspring autism risk. Not so long ago I talked about other data (systematic review and meta-analysis) that confirmed a connection between familial autoimmune disease and offspring autism risk (see here). This adds to other independent research talking about specific autoimmune conditions potentially being linked as for example, with work looking at maternal thyroid antibodies and autism risk (see here). This also brings us back to a concept previously discussed in the autism research literature - maternal autoantibody related (MAR) autism - and potentially a whole new chapter of autism research including further investigation of the antibody manifestation of SLE in offspring themselves (see here).

Music: Whitesnake - Is This Love. Maybe.