SCQ vs. M-CHAT for autism screening: no winner 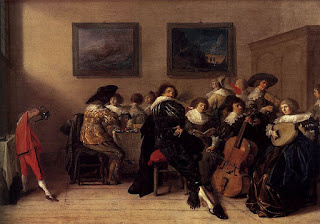 "While screening tests may provide useful information, their accuracy is moderate. Screening information in isolation should not be used to make referral decisions regarding specialized ASD [autism spectrum disorder] assessment."

That was the findings of the study published by Tony Charman and colleagues [1] who sought to "test the accuracy of two screening instruments in UK Community health services: Modified Checklist for Autism in Toddlers (M-CHAT) and Social Communication Questionnaire (SCQ) for autism spectrum disorder (ASD)."

Looking at referrals to "speech and language therapy services in two London districts over a 12-month period between September 2004 and September 2005" researchers initially had screen data for over 540 children (aged between 18 and 48 months) which was subsequently whittled down to a "stratified subsample of 120 children" who then  received an in-depth assessment for possible ASD based on ICD-10 criteria. We are also told that: "Community clinician judgement of likely ASD was available for 98 out of the 120 children."

Based on that in-depth assessment for ASD, data is presented on the performance of the SCQ and/or M-CHAT as part of the instigator of said assessment. The data don't read particularly well. Measures of sensitivity and specificity (also called the 'true positive' and 'true negative' rate) were mediocre at best; for example, the specificity of the M-CHAT came in at 50% (33-64%). The SCQ did slightly better on that particular parameter but it has to be said, still not great. The authors conclude: "The screening tests did not perform well to confirm preliminary clinical judgement to refer (in series), nor as an alternative indicator for referral (in parallel)."

I've been interested in autism screening (early autism screening) for quite a while on this blog. The peaks and troughs of autism research in this area are quite evident (see here) and have perhaps been contributory to recent going-ons in the United States for example, with the Preventive Services Task Force asking for more evidence to support universal screening for autism in young children who show no developmental issues.

There are issues to iron out here, based on what questions to ask (see here) when considering screening as well as understanding that variables such as regression can influence age of onset (see here); particularly relevant to the removal of specific age of onset limits with the latest manifestation of DSM (see here). One factor that I would also perhaps like to see more attention given to is parents as agents of screening and referral (see here). That and further consideration of the how good/bad (delete as appropriate) the pre-diagnostic experience might be (see here) and lots more questions need to be answered.

And as I write, lo and behold a possible new player in the autism screening stakes [2]?