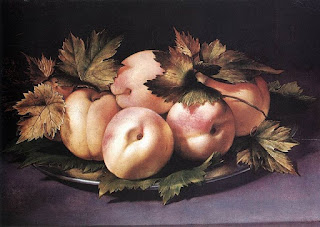 I was really quite interested in the paper by Seref Simsek and colleagues [1] looking at how adherence to a gluten-free diet (GFD) in cases of paediatric coeliac disease might also confer psychological benefits too. To quote: "[a] Significant decrease was observed in the depression scores... of celiac patients who were able to actually adhere to the GFD compared with nonadherent patients."

So: "The aim of this study was to investigate the level of depression and quality of life in children with celiac disease (CD). In addition, it aimed to examine the relations of depression level and life quality with adherence to a gluten-free diet (GFD)." Coeliac disease by the way, is the archetypal 'gluten can affect health' condition. It's been known for a while that outside of the intestinal manifestations of the diagnosis, there may also be other effects including those potential influencing psychology and behaviour too [2].

Looking at responses from 25 children diagnosed with CD and 25 asymptomatic controls, researchers reported finding no significant differences "in the depression scores between the patients and the control subjects." Said depression scores were based on the use of the Depression Scale for Children.

But... "total scores and scores of the emotional well-being subscale of the measure of Quality of Life Scale for Children were significantly lower in patients with CD compared with the control group." This is perhaps not new news. Further: "Adherence to GFD was associated with reduction in depression symptoms."

Although there are a few ways that one can interpret the Simsek findings, I'm gonna set them within the context of some of that other research talking about psychological outcomes associated with CD and it's management via a GFD including that related to psychopathology. On the periphery of CD is the suggestion of a spectrum of gluten-related 'issues' many of which have gathered under the label of non-coeliac gluten sensitivity (NCGS). There is still some debate about NCGS and whether it is real or not (see here) but for the purposes of this post I'm gonna err on the side of saying yes, for some people it might be a real issue [3]. With that in mind, other research has similarly suggested that gluten exposure might, under certain circumstances, have an effect on 'emotional disposition' (see here). The paper discussed in that previous post was a gold-standard randomised, double-blind trial by Simone Peters and colleagues [4] who concluded that current feelings of depression may indeed be linked to gluten consumption albeit with more research to do.

Obviously this research area is crying out for a lot more investigations. I draw back from saying that the very wide spectrum of depression is merely a 'gluten thing' because the evidence does not corroborate such an assertion. Depression is multi-faceted and probably has lots of aetiological factors associated with the various presentations of it (see here and see here). If however, there may be certain types of depression or depressive symptoms that overlap with real medical conditions such as CD, the onus should be on determining whether a gluten-free diet might be doing so much more than managing the physical presentation of the condition. Y'know, the gut-brain axis thing...

Music: Birdhouse In Your Soul - They Might Be Giants.