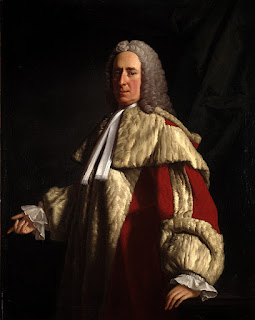 I approach the study results presented by Serge Brand and colleagues [1] (open-access available here) with some caution given the preliminary nature of the findings suggesting that: "regular AET [aerobic exercise training] and MST [motor skill training] impact positively on sleep, MSs, and mood among children with ASD [autism spectrum disorder]." The caution is due to the fact that the Brand results report on an uncontrolled pilot study (we've all done them) and included only 10 children diagnosed with an autism spectrum disorder (ASD).

Researchers report how "an individual training plan was created" for each participant, consisting of three sessions weekly including "a 30-minute bicycle workout (AET) followed by 30 minutes of training in coordination and especially in balance (MST)." Cycle training was chosen because it: "is easily adapted to individual motor abilities and allows specific progressive steps" and "allows training in the endurance zone." Further: "The intervention was executed in a highly structured manner and was based on the “Applied Behavioral Analysis” (ABA) method."

Whilst the intervention was running, various measures were employed to primarily look at aspects of sleep. This included sleep EEGs and sleep polygraphs. More subjective data were also obtained from sleep schedules and "the Insomnia Severity Index (ISI), a screening tool for insomnia."

Results: perhaps unsurprisingly, some aspects of sleep were 'unusual' for quite a few of the small participant group. So: "Mild-to-moderate insomnia was reported in 70% of children." Further: "a 3-week intervention involving AET and MST improved specific MSs and led to improved objectively assessed sleep on nights following PA as compared to nights not preceded by PA. Mood also improved over time." I might reiterate that this was an uncontrolled pilot study and, as the authors suggest: "future studies might also add control groups such as children with ASD on a waiting list and healthy controls."

This is not the first time that physical activity and sleep patterns in relation to autism have been looked at in the peer-reviewed literature (see here). As per the results from Wachob & Lorenzi [2] using a similarly 'preliminary' study design, there may be quite a bit more to see in this area subject to more robust research strategies. As to how far this will go, well others have their own views on this [3]. That physical fitness might not necessarily be the deciding factor here (see here) but rather the level of physical activity is something else to consider in this area.

One final note that I might make in this whole area of physical activity with autism in mind, is the idea that there may be more than one way to get kids/adults up and active. Martial arts is something that I'm particularly keen on seeing more research done on in light of some initial research in this area with autism in mind (see here) and other potentially 'over-represented' comorbidity such as attention-deficit hyperactivity disorder (ADHD) (see here). I know it's probably not going to be suitable for everyone (avoiding sweeping generalisations!) but given the emphasis on motor skills and aerobic exercise that disciplines such as karate offers, it could be one option to consider...

To close, Alan Whicker on karate - "so deadly that most of the Japanese are frightened of it" (apparently).