Autism manifests across a range of genetic and metabolic syndromes 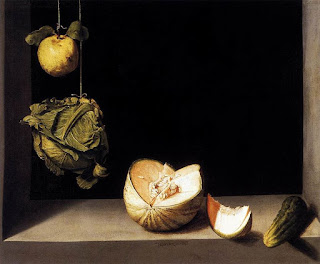 "Autism spectrum disorder (ASD) phenomenology is reported to be more common in individuals with some genetic syndromes than in the general population."

That was the starting point for the systematic review and meta-analysis published by Caroline Richards and colleagues [1] who set about 'synthesising' the various peer-reviewed data "to provide accurate estimates about ASD phenomenology in genetic and metabolic syndromes." A scan of the cumulative literature in this area ("168 papers reporting the prevalence of ASD phenomenology") revealed that autism presentation is indeed a feature of quite a few conditions compared with "the general population taking the current estimate of one in 68 people."

To those with an eye on the autism research scene the list of conditions where autism manifests is not likely to be a surprise. Rett syndrome represented one of the conditions where relative risk and odds ratio "compared to the general population" was highest. Tuberous sclerosis (TS) is also mentioned as is neurofibromatosis type 1 (NF1). I was however a little surprised that Fragile X syndrome was a little further down the frequency line than it was - "male individuals only 30%; mixed sex 22%" - given the quite classical association that I remember being discussed with autism. Down syndrome is also mentioned and perhaps reflects an increasing interest in autism being comorbid that has graced this blog previously (see here) as has the growing connection with Del22 (see here).

The authors conclude by calling for more research "including how ASD in genetic and metabolic syndromes differs from idiopathic autism [autism spontaneously arising with unknown aetiology] and what that can tell us about the mechanisms underlying ASD." This is a discussion also included in a recent paper by Sacrey and colleagues [2]. I would agree with those sentiments within the context of the Richards paper providing more evidence for the plurality of autism - the autisms (see here). I might add that if one extends the findings to autism comorbid to metabolic disorders (as in conditions such as the various inborn errors of metabolism) (see here), further details may indeed be revealing about just how many types of autism there may be, and where desired, what intervention options may present (see here).