Gluten- and casein-free diets and autism: the Hyman results (at last) 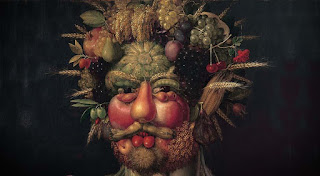 "Although these findings must be interpreted with caution because of the small sample size, the study does not provide evidence to support general use of the GFCF [gluten-free/casein-free] diet."

So said the results of the study finally published by Susan Hyman and colleagues [1] detailing the effects (or not) of a small (n=14) "double-blind, placebo-controlled challenge study" of the use of a diet devoid of gluten and casein for young children diagnosed with an autism spectrum disorder (ASD). If you really want some background history to this often controversial area of autism research, look no further than some of my past musings on this blog (see here and see here) or if you wish, in peer-reviewed form [2].

I say 'finally' in that previous sentence about publication because there has been a considerable degree of waiting for these results to appear in complete peer-reviewed form given that the trial was initially registered in 2004 and things were all supposed to have been wrapped up in 2009 (see here for the ClinicalTrials.gov entry). Some people with their eyes and ears to the autism research grapevine will have probably heard about some of the whys and wherefores of the delay in publishing these results, but I'm not going to get too involved in that here.

Unfortunately the paper is not open-access at the present time but I'll give you a summary of some of the mechanics and findings:


I can imagine that the Hyman results are probably going to generate some interesting discussions depending on your view of a GFCF diet for autism. I have a professional interest in this topic given some of my research history in this small part of the autism research arena [4] but have tried to stay as objective as possible as per other entries on this topic (see here).

Despite any potential bias I might have, I do still think there is more to see in this area of diet and autism. I've talked before about the idea that the diagnosis of autism is by no means protective against other conditions/labels appearing including those related to issues with gluten for example (see here). This similarly applied to milk also (see here). Some of other peer-reviewed research that I've also been a part of has hinted that there may be 'best responders' to this type of intervention [5] (see here for more discussion); something which ties in well with the concept of plurality and autism (see here).

That caveat about the Hyman study excluding children with known gastrointestinal (GI) disease is also worth re-iterating. Again, this takes autism research into some controversial areas (see here) but as per recent data, both functional (see here) and pathological bowel disorders (see here) do seem to over-represented in cases of autism, so one might see this as an area ripe for further dietary investigations. Indeed, one assumes we might see if there is anything in such an association as and when the Harland Winter trial sees the peer-reviewed light of day (hopefully quite soon).