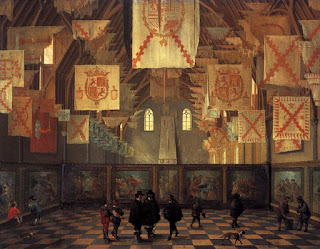 The title of this (hopefully) brief post mirrors the conclusion reached by Åsa Blomström and colleagues [1] who analysed data pertinent to all children "born in Sweden 1978-1997" to calculate hazard ratios (HRs) of nonaffective psychosis "in relation to maternal infection during pregnancy." Also detailing RERI - relative excess risk due to interaction - bringing in factors such as maternal history of psychiatric disorder as part and parcel of any effect, and authors reported that: "Among mothers with a history of psychiatric disease, infection during pregnancy increases the risk of psychosis in offspring." The authors further speculate that: "Maternal infections during pregnancy appear to contribute to the risk of childhood infections, which together render the child more vulnerable to psychosis development."

I've covered research on the potential effects of maternal infection during pregnancy for offspring child and adult outcomes before on this blog (see here for example). Names like Alan Brown and the late Paul Patterson have done much to put some scientific flesh on the bones of this hypothesis particularly with schizophrenia in mind [2].

The Blomström findings add a new layer to the idea of a connection between viral exposure, immune function during pregnancy and 'programming' for offspring psychiatric risk insofar as the idea that elements of familial psychiatric history might also play something of a synergistic role in this relationship. You might well say that parental psychiatric history already puts offspring at greater risk and perhaps represents the larger factor here. Bear in mind however the observation that maternal infection correlated with childhood infection and that this might also play a hand in the development of psychosis and one could speculate that the genetics of psychiatric illness might also overlay with the genetics of infection susceptibility for example. Add in the idea that immune function seems to be more readily accepted as a feature of psychiatric presentation [3] alongside the concept of inflammation being potentially relevant (see here) and voilà, lots of ideas for further study.