A quote to start: 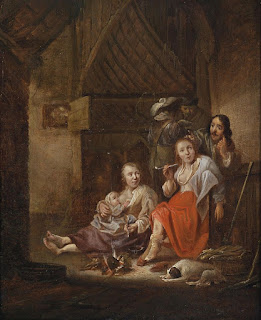 So said the study published by Alice Durieux and colleagues [1] (open-access available here) based on the measurement of "GSH concentrations in the basal ganglia (BG) and the dorsomedial prefrontal cortex of 21 normally intelligent adult males with ASD and 29 controls who did not differ in age or IQ."

On the basis of there being quite a body of evidence suggesting that functional levels of GSH might be an issue for some on the autism spectrum (see here), researchers set about looking at whether such findings might also translate into 'brain levels' of GSH. Comparing levels of GSH "in unmedicated adult men with ASD and healthy controls of similar age and IQ using [1H]MRS" the authors are pretty clear that the argument that "neuronal damage, secondary to oxidative stress caused by deficient GSH contributes to ASD pathogenesis" might not be universal to all autism.

That being said, I'm not one for sweeping generalisations on this blog and there are caveats to the findings. The authors add for example: "it remains possible that GSH abnormalities exist in other subgroups of individuals with ASD, for example, women, or those with intellectual disability" on the basis of their particular participant selection. The fact also that circulating concentrations of GSH and related metabolites in other tissues (e.g. blood) were not assayed for in the current study means that there may be still more to see in this area including the idea that age might also be an important variable. The brain is also much more than just the BG and prefrontal cortex too.

Although interesting, I'm not yet ready to remove glutathione as being a potentially important compound when it comes to [some] autism just yet. Other studies of post-mortem brain samples with autism and glutathione in mind have not reached the same conclusions as those of Durieux et al accepting that such precious samples are sometimes by no means research perfect. That glutathione issues as part of a wider involvement for oxidative stress in [some] autism might tie into other systems too (see here) invites quite a bit more investigation in this area; perhaps also extending outside of just GSH...