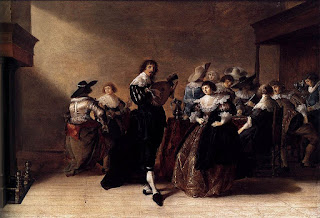 Today's post is a bit of a mash-up insofar as including two papers into (brief) discussions. The first paper is from Pamela Gaye Ambler and colleagues [1] who bring in a number of important issues associated with quite a bit of autism: anxiety and aggression during adolescence and how this can manifest during school time. The second paper from Will Mandy and colleagues [2] (open-access available here) provides some interesting discussion on a "manualised intervention" called STEP-ASD designed to "facilitate successful school transition for people with ASD via intervention on the child’s educational environment."

The Ambler paper details results for just over 100 high-school students (here in Blighty we might call them secondary school pupils) aged between 12-18 years of age. Half (n=52) were "students with ASDs [autism spectrum disorders], without intellectual disability" and the others were asymptomatic controls (from an autism point of view). Self- and teacher-reported measures of anxiety and anger were completed to investigate any link between the two concepts.

The results suggested that: "Students with ASDs who attend mainstream high schools reported higher levels of anxiety and reactive anger than their peers, were reported by their teachers to engage in more aggressive behaviours, and were at higher risk of being suspended from school." Further that: "social anxiety is a significant moderator of the relationship between autism and physical aggression." In other words, elevated levels of anxiety seemed to be associated with higher levels of physical aggression.

The Mandy paper looked at the "feasibility and efficacy" of STEP-ASD for a sample of children with ASD (N=37) transitioning from primary school to secondary school. The study design took the form of a "non-randomised (quasi-experimental) controlled trial" where compared with a management as usual control group (20/37), STEP-ASD was delivered to 17 students and before and after measures of emotional and behavioural problems analysed.

The results suggested that there may indeed be more to see when it comes to STEP-ASD insofar as: "Children receiving STEP-ASD (n = 17) showed a large... reduction in school-reported emotional and behavioural difficulties, whereas controls (n = 20) showed a slight increase." Authors also noted that when it came to a measure of hyperactivity on one of the outcome measures used (the SDQ) "the STEP-ASD group, but not the control group, showed a large reduction in symptoms across the transition." Ergo: "These encouraging findings suggest the value of STEP-ASD as a low-intensity intervention for reducing problem behaviours and distress in children with autism spectrum disorder as they transition to mainstream secondary school."

There are several features of these two studies that perhaps unite them. First is the realisation that school can be a significant source of stress and distress for young people on the autism spectrum. I don't want to get too heavily involved in any debates about the rights and wrongs of mainstream vs. specialised provision (or even home schooling) when it comes to education and autism, but the various moves to make 'inclusion' a universal feature of education do not always solve all of the issues that they are meant to tackle.

Second, is the idea that the core features of autism - the dyad as it is now known in some diagnostic circles - might not always be the the core issues when it comes to schooling and autism. I refer of course to the growing interest in the concept of anxiety comorbid to many cases of autism and the often profound 'disability' that it can cause within settings like school. The Ambler paper highlights how anxiety might correlate with issues such as aggression (bearing in mind that much more work needs to be done on how this relationship manifests). In previous posts, I've talked about how aggression when present alongside autism in the school setting tends to be more 'reactive' and spontaneous than anything else (see here) so this would perhaps tally with the idea of a connection with anxiety in the here-and-now.

Finally, as per the Mandy report, is the idea that there may be strategies that can be put in place to help students during important times like school transition where anxiety levels can increase as a result of things like a change of school environment and perhaps a fear of the unknown (an intolerance of uncertainty?). The onus in that case is on both providing information (to all parties concerned) and to some extent, tailoring the school experience to that of the student's individual needs. I'd also like to think that there are other ways and means that the transition stage and indeed, day-to-day schooling can be adapted to individuals (buddy systems, time-out and/or quiet zones, flexibility in curriculum delivery, targeting bullying, effective use of classroom assistants, see here for more.) to further improve outcomes and importantly, make school work for those on the spectrum as it is supposed to for those not on the autism spectrum. This includes the idea that 'choice-making' could also be incorporated [3] into proceedings.

[3] Reutebuch CK. et al. A systematic review of the effects of choice on academic outcomes for students with autism spectrum disorder. Research in Autism Spectrum Disorders. 2015; 20: 1-16.