The digit ratio and autism: ALSPAC says no 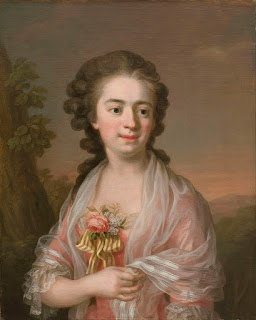 "In this population-based study, there was no strong evidence of an association between 2D:4D [second-to-fourth digit ratio] and ASD [autism spectrum disorder] diagnosis or traits, although the CIs [confidence intervals] were wide. These results are not consistent with the extreme male brain theory."

So said the study results from Anna Louise Guyatt and colleagues [1] (open-access) who investigated the 2D:4D ratio as part of the ALSPAC (Avon Longitudinal Study of Parents and Children) initiative. The 2D:4D ratio in case you didn't know, is the idea that the subtle difference in the length of the index finger and ring finger might be a marker for androgen exposure during the nine months that made you/us.

"The index to ring finger ratio (second-to-fourth digit ratio, 2D:4D) has been widely used as a proxy for fetal testosterone exposure in autism research" is the link back to autism and onwards the idea that testosterone exposure might be part and parcel of the extreme male brain (EMB) hypothesis ("that children with ASD exhibit an exaggerated form of the male cognitive profile... and proposes that prenatal androgens are plausible biological candidates.")

ALSPAC data was used to "examine the association between 2D:4D and ASD and various autistic trait measures in a population-based cohort in the UK." Further: "The primary hypothesis being tested was that lower 2D:4D would be associated with ASDs and ASD traits."

Analysis of the 2D:4D ratio was undertaken in 56 ASD cases, 616 "high risk trait group" participants and some 5300 other children who were part of ALSPAC. Aside from an autism diagnosis (or not) and various other measures looking at ASD traits, other data were also collected on things like socio-economic status (SES) as possible confounders. An IQ measure was also included for "44/56 of included participants with ASDs."

As per the opening statement, the results were not exactly convincing that the 2D:4D is associated with an increased risk for ASD. There was some weak evidence that 2D:4D ratios might be linked to autistic traits but, and it is an important point: "These associations were mostly directionally discordant with the extreme male theory of autism, and given the number of comparisons made, and the lack of consistent association between ASD diagnosis and 2D:4D in this study, we consider that they were due to chance."

ALSPAC as an initiative, carries some significant methodological strengths insofar of the hows and whys of data collected. I've mentioned previous results from the cohort on this blog before (see here and see here for example). Obviously ALSPAC is not perfect (no cohort ever is) and pertinent to the Guyatt results, the authors acknowledge that there may have been a bias towards the applicability of their results "being weighted towards Asperger syndrome and other high-functioning ASD cases" in light of their participant group.

That being said, I do think these results add to other research suggesting that once again, we should be guarded against making too many sweeping generalisations when it comes to the autism spectrum. In a previous post on the finger length ratio (see here) some of the other 'correlates' of the 2D:4D ratio were mentioned, excluding the 'specificity' of any findings to just autism. Other research on cord blood testosterone levels and autistic traits (see here) has been similarly critical of the EMB hypothesis.

But that might not mean that is all bunk though [2]...