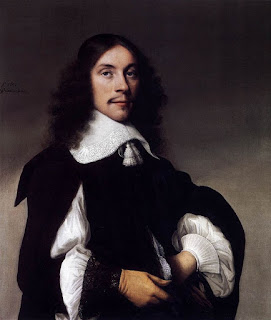 "This report provides evidence that teeth can be useful biomarkers of early life exposure for use in epidemiologic case-control studies seeking to identify differential unbiased exposures during development between those with and without specific disorders such as autism."

That was one of the conclusions reached in the paper by Raymond Palmer and colleagues [1] (open-access available here) who played science tooth fairy with 71 deciduous teeth (baby teeth) provided by children with autism from a "tooth repository consisting of 928 children’s deciduous teeth." As per other reports with autism in mind using these potentially important biological samples [2], there is quite a lot of information potentially available from baby teeth assuming one knows how to handle such samples.

For Palmer et al the analytical methods of choice were "liquid chromatography tandem mass spectrometry and gas chromatography" echoing other autism biomarker research discussed on this blog (see here) and fairly commonly appearing in the peer-reviewed literature [3]. Levels of various compounds were assessed in the pulverised baby teeth samples including "acetaminophen [paracetamol], ARA [arachidonic acid], DEET [diethyl-m-toluamide], TCPy [3,5,6-trichloro-2-pyridinol], IMPy [2-isopropyl-6-methyl-4-pyrimidinol], and MEHP [mono-2-ethylhexyl phthalate]." Just in case you aren't an organic chemist, many of those compounds are metabolites of "pesticides, plastics, or medications" and were studied in light of previous work from this authorship group [4] and the suggestion that some of them might be relevant to autism risk and/or onset (see here for example) or at least serving up an interesting correlation.

Consistent with that previous report, Palmer and colleagues "demonstrated that specific semivolatile organic chemicals relevant to autism etiology can be detected in deciduous teeth." Drawing on information from both US children with autism (a "collection of deciduous teeth through collaborative efforts with the Interactive Autism Network (IAN)") and Mexican children with autism, various results are presented. "Despite demographic differences in the two samples, there were similar rates of detection for all chemicals" was one of the primary findings. So, round about 40% of samples from both geographic groups were detected to have traces of acetaminophen (paracetamol) in them for example. This finding tallied to some degree with parent report about paracetamol use during pregnancy and infancy. Other results can be seen in some of the accompanying tables (see here for example).

Importantly, Palmer and colleagues discuss what their findings do and do not mean. "While we have demonstrated that chemicals relevant to ASD [autism spectrum disorders] can be detected in deciduous teeth and are associated with mothers’ self-reported exposures, our results are limited in generalizability—largely due to the sample consisting entirely of children with ASD." In other words, the sole focus on baby teeth from children with autism does not necessarily mean that any compounds detected 'cause' autism given the snapshot view of their study and the lack of appropriate asymptomatic control samples analysed. Further work is indicated in this area to "include more diverse participants and neurotypical children as controls will allow case/control comparisons."

The use of baby teeth represents an interesting addition to tissue analysis when it comes to autism. Given the availability of such teeth, the timing of their availability and the relatively non-invasive way that such samples can be collected, there are quite a few positives to the use of such as resource in autism research. Combined with other fairly non-invasively collected samples such as urine (see here), saliva samples (see here) and potentially even things like nail clippings [5], there is quite a bit of information potentially available for autism research. That being said, the word 'biomarker' with autism in mind, needs to be rather carefully used in light of things like plurality...