HERVs as a mechanism of genetic deletion formation: relevance to some autism? 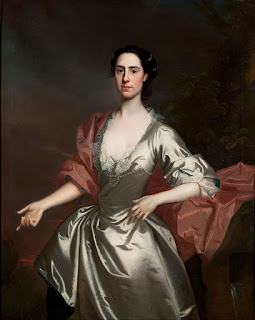 My stark lack of knowledge in the area of genetics and specifically that linked to the human endogenous retroviruses (HERVs) that litter the genome is likely to shine through in this post so be ready with that pinch of salt.

The starting point for today's post is the paper by Ines Quintela and colleagues [1] detailing a case report of "a 9-year-old female patient with autistic disorder, total absence of language, intellectual disability, anxiety disorder and disruptive, and compulsive eating behaviors." Following some genetic analysis of this young girl researchers reported on "the identification of a de novo recurrent 3q13.2-q13.31 deletion encompassing 25 genes." This in itself is interesting and adds to a growing tide of research suggesting that there may be lots of different genetic influences acting in different cases of autism; all pertinent to a more plural view of the label: the autisms.

One sentence however took my specific interest in this paper insofar as: "a 3.4 Mb recurrently altered region at 3q13.2-q13.31 has been recently described and non-allelic homologous recombination (NAHR) mediated by flanking human endogenous retrovirus (HERV-H) elements has been suggested as the mechanism of deletion formation."

As I indicated at the start of this post, the finer details of genetics are not really my forte so be warned. I was however really interested in the suggestion that the process of NAHR - when "highly similar portions of the genome wrongly recombine, deleting and sometimes duplicating a portion of the genome that lies between them" - might be linked to the presence of all/some of those fossil viruses that make us who we are [2].

The long-and-short of it is the idea that some of those little variants that we ALL have in our genome might not be all due to just chance if described as de novo (as in not inherited from mum or dad). Take CNVs (copy number variants), small alterations to the genome characterised by gains and losses in segments of DNA (I think!), as the starting point. The idea is that the location of said CNVs in relation to HERVs and other transposable elements means that there may be some kind of relationship between the two. Preliminary research has suggested that HERVs flanking particular parts of the genome might be involved in the formation of CNVs [3]. Other research has noted this process as potentially being relevant in other case reports [4] similar to that described by Quintela and colleagues where behaviour and autism have been mentioned.

Just to make the whole process even more complicated (and interesting) is the idea that CNVs when talked about with autism in mind might tend to be concentrated in 'hypomethylated' regions of the genome [5]. This brings in the potentially important process of DNA methylation (yes, epigenetics yet again) into proceedings, made further interesting by suggestions that hypomethylation of DNA = more genomic instability [6] and that certain HERVs might also to some degree be 'kept in check' by methylation means [7]. Add in some evidence of methylation issues associated with some autism (see here) and preliminary evidence of certain HERVs expression correlating with autism (see here) and comorbidity (see here), and there is the making of some potentially important hypotheses ripe for further testing.

But please, don't take my word for it.