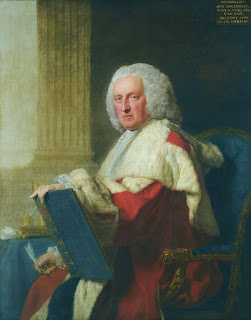 I was interested to read the paper by Joseph Prandota and colleagues [1] who observed that: "latent chronic T. gondii [Toxoplasma gondii] infection have an important impact on triggering and development of ASD [autism spectrum disorders], at least in a subset of autistic children, and this requires some modification(s) of its diagnostic procedures and treatment regimens." Big words, I'm sure you'll agree.

From the start I'll indicate that I'm interested in T. gondii on this blog. This parasitic protozoan is one of nature's survivors (and thrivers) with effects that may go far beyond your ordinary parasite. Aside from potentially making rats attracted to cats (or cat urine), I've been particularly interested in the collected research looking at a possible association between T. gondii and the presentation of schizophrenia (see here for example). The idea that infection with T. gondii under the right circumstances may be associated with a condition as complicated as schizophrenia is not without its critics, but in a world of increasing pluralisation of such labels (see here) I'd be minded to keep T. gondii on the research agenda (see here) for now.

The Prandota findings, based on a small-ish group of children diagnosed with ASD living in Egypt, take things one step further when it comes to T. gondii and it's potentially wide-ranging effects. Working with the aim to "estimate the seroprevalence of chronic toxoplasmosis among autistic children" researchers set about assaying for "anti-T. gondii IgG antibody seroposivity" alongside a couple of other parameters including "serum levels of IFN-g and nitric oxide (NO) in T. gondii-positive and T. gondii-free patients." I might add that a positive anti-T. gondii IgG result indicates previous exposure to T. gondii. It does not necessarily mean current or on-going infection which can only be reliably ascertained via other tests (see here).

Results: "11 (29.3%) out of the 46 autistic children... were positive for serum anti-T. gondii IgG antibodies as compared with 2 patients (4%) with toxoplasmosis found among 50 control children." Age was one of the parameters that seemed to play a role in infection history which kinda stands to reason (the older you are, the more likely that you have an exposure). Further: "Autistic children with toxoplasmosis had markedly increased both serum IFN-g and NO concentrations... as compared with the values obtained in patients without toxoplasmosis."

I don't want to over-analyse the Prandota results at this stage in terms of what elevations of IFN-γ and NO might mean to T. gondii infection in autism, so I won't. The authors go into some detail about immune function, tryptophan metabolism and even glutathione gets a mention in relation to these issues, but I'd prefer to stick to the T. gondii estimates for now.

As far as I can see, this is one of the first times that T. gondii infection has been discussed with autism in mind. That over a quarter of cases in the Prandota sample were found to have been in immunological contact with the protozoan is interesting and suggests that further independent investigations should be initiated in this area. I would, for example, be interested to know whether such findings are transferable to other geographical sites? Does cat ownership show any link to findings as per some discussions in schizophrenia (see here)? Are there any links with other 'autism-related' issues as suggested by Abdoli & Dalimi [2]? And, with some of my own research interests in mind (see here) could such findings further extend the observations of Emily Severance and colleagues [3] talking about T. gondii infection and "sensitivity to gluten" beyond schizophrenia (see here)? Well, it's not as if anti-gliadin antibodies (IgG) are strangers to [some] autism (see here).

As for treating any on-going toxoplasmosis, well in the US at least, this might just have got a little bit more expensive...

[2] Abdoli A. & Dalimi A. Are There any Relationships between Latent Toxoplasma gondii Infection, Testosterone Elevation, and Risk of Autism Spectrum Disorder? Front Behav Neurosci. 2014 Sep 24;8:339.