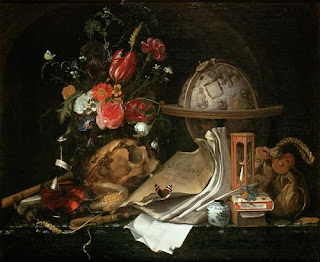 I was intrigued by the findings reported by Samuele Cortese and colleagues [1] who, following systematic review and meta-analysis of the current peer-reviewed literature on the topic, found evidence for a "significant association between ADHD [attention-deficit hyperactivity disorder] and obesity/overweight." I believe the protocol for this review and meta-analysis has previously graced the peer-reviewed domain as per a previous paper from Cortese et al [2] (open-access).

Based on data from 42 studies including over 720,000 participants - over 48,000 diagnosed with ADHD - researchers concluded that there was a significant association between obesity and ADHD in both children ("odds ratio=1.20, 95% CI=1.05–1.37") and adults ("odds ratio=1.55, 95% CI=1.32–1.81"). The association remained even when limited to studies "1) reporting odds ratios adjusted for possible confounding factors; 2) diagnosing ADHD by direct interview; and 3) using directly measured height and weight." Being overweight was also associated with ADHD and importantly: "Individuals medicated for ADHD were not at higher risk of obesity."

It may initially seem a little strange that a diagnosis of ADHD might elevate risk for obesity and/or being overweight. ADHD is sometimes referred to as hyperkinetic disorder (kinetic as in movement or motion) and the classical view of the condition is one of excessive activity with terms like restlessness or 'full of energy' heavily used. As with many other labels however, ADHD is not a homogeneous condition in terms of presentation as per the various subtypes covering (i) predominantly hyperactive-impulsive, (ii) predominantly inattentive and (iii) combined hyperactive-impulsive and inattentive.

It's perfectly plausible that where inattention and/or impulsivity predominate this might have implications for eating and lifestyle patterns that may be contributory to weight status. Other research has suggested that there may also be "common underlying neurobiological abnormalities, such as dysfunctions in brain reward pathways" relevant to both ADHD and obesity.

I'd also raise a few other potentially important variables as worthy of further research too. So, sleep problems - known to be associated with cases of ADHD (see here) - might also play a hand given other research suggesting a link between sleeping habits and weight (see here). The rise and rise of gut bacteria in relation to weight status research (see here) might also be an area where any overlap could be explored. Finally, there may be some merit in looking at whether comorbidity accompanying ADHD might play a role in obesity risk. Specifically, the quite remarkable 'over-representation' of ADHD in cases of autism (see here) (and need for further inspection [3]) and the very full peer-reviewed literature on autism and obesity (see here).

Perhaps some food for thought?