An extremely low prevalence of autism in Quito, Ecuador 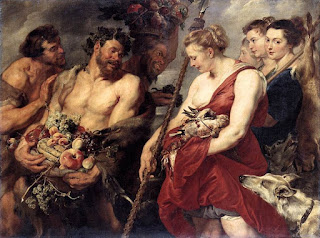 The title of this post is taken from the paper by Laura Dekkers and colleagues [1] (open-access) who sought to "get an estimate of ASD [autism spectrum disorder] diagnoses in children and adolescents aged between of five and fifteen at regular schools in Quito."

So, the starting point: "Ecuador has more than 14 million inhabitants... of which over 1.6 million are estimated to live in the capital city of Quito." As part of the "law requiring inclusive education", the authors decided to survey for "cases of ASD in regular schools" in Quito. Said schools were identified via the databanks of the Ministry of Education, of which 161 schools were eventually selected for analysis including just over 51,000 pupils aged 5-15 years. Cases of ASD within that population were "identified by the school administration" and included both autism spectrum diagnoses via DSM-III and DSM-IV criteria.

Results: 33 schools (~20%) reported having at least one pupil officially diagnosed on the autism spectrum. Interestingly the authors report that there was a possible relationship between school reporting one or more pupils on the autism spectrum and the size of the school - "the probability of reporting at least one pupil with an ASD diagnosis decreasing with the size of the school."

"Of the total number of pupils within all schools (N = 51,453) only 57 pupils had an official diagnosis of ASD. This brings the prevalence of ASD in Quito, as reported by schools for regular education, to 11.07 out of 10,000, which is 0.11 %." Most of those diagnosed were so with the label 'PDD-NOS' (Pervasive Developmental Disorder - Not Otherwise Specified). Bearing in mind the small numbers detected, the male: female ratio came in with a familiar statistic - "4.7 times more boys than girls" and mean age at diagnosis was a very poor 7-8 years of age.

Then another statistic: "Out of the 161 schools, 59 schools (36.6 %) mentioned that they thought that at their school there was at least one pupil who did not have an ASD diagnosis, but should have been diagnosed with ASD." In total there were 108 pupils falling into this 'maybe' category. And finally: "Out of all schools (N = 161), 14 schools (8.7 %) reported that they had at least once refused a boy or girl with ASD to their school, because of his or her behavior."

There are a few points to make about the Dekkers findings, some of which the authors already make themselves. First is the quite low prevalence rate estimated from their research. To quote (again): "We propose that the found percentage of 0.11 % reflects the current probability of receiving a diagnosis of ASD in Quito, Ecuador, rather than the proportion of the population that has ASD." Indeed, the authors provide a list of various factors that might have been contributory to the low prevalence rate estimated for autism in Ecuador including issues with accessibility to diagnostic services, the general lack of awareness of autism in the country and the stigma that still surrounds the label ("Autism is often not recognized as such and considered a punishment of God, leaving the family in shame hiding their child with problem behavior"). One might also entertain the notion that autism may not be as prevalent in Ecuador as other countries for genetic / biological or environmental reasons too; perhaps even learning some lessons from other labels (see here).

Second, we can expect more data from this group on this topic. "The ASD prevalence in special education was the second part of phase 1 of the PAE [Prevalence of Autism in Ecuador] project, including 11 special schools and centers, and a total of 1195 pupils; publication of the results is in preparation. We can expect a higher prevalence at these schools, because there is a trend for higher and increasing prevalence of autism in special education in areas with low prevalence of autism." I believe we have a few clues there as to what they found.

Finally, what is missing from the Dekkers data is information about the children themselves outside of just diagnosis and age. Things like whether comorbidity such as ADHD [attention-deficit hyperactivity disorder] is part of the clinical picture in light of what is known about a possible relationship (see here). Indeed, whether part of the low autism prevalence estimate suggested might also part of a wider trend in child psychiatry in Ecuador, and whether we can expect to see increasing rates as per other data from other countries [2]?