Parkinsonism in adults with autism 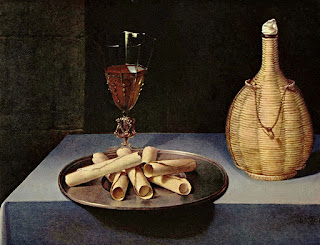 "We find a high frequency of parkinsonism among ASD [autism spectrum disorder] individuals older than 39 years."

So said the paper by Sergio Starkstein and colleagues [1] (open-access) and Q & A with authors who, during a "a hypothesis-generating, pilot study" with extras looked for parkinsonism motor signs in a small group of adults diagnosed with an autism spectrum disorder.

Starkstein and colleagues describe their results within the context of a research initiative looking to examine ASD in older individuals. They report: "As the project progressed, we observed what appeared to be high rates of parkinsonian signs in our ASD subjects" (n=19) that was then extended into a more systematic assessment of parkinsonian signs in a different cohort (n=37). In that latter group: "The frequency of occurrence of the cardinal signs for parkinsonism were 46 % (N = 17) with bradykinesia, 19 % (N = 7) with resting tremor, 19 % (N = 7) with rigidity, and 19 % (N = 7) with postural instability." Assessment by the way, was via the Movement Disorders Society-Unified Parkinson’s disease Rating Scale (MDS-UPDRS) with a slight modification whereby "final clinical judgment on the presence of bradykinesia was based on scores rating limb bradykinesia... and/or scores rating global spontaneity of movement."

Because medication, particularly certain neuroleptic pharmacotherapy, can impact on parkinsonism, researchers also looked at the 20 participants from both cohorts combined who were not currently on neuroleptics. So: "After excluding subjects currently on neuroleptic medications, the frequency of occurrence of parkinsonism was 20 % in the combined sample and 17 and 25 %, in each sample, respectively." Oh, and 4 participants (7% of the combined sample) were "diagnosed with PD by community neurologists."

"The possibility that individuals with autism are at increased risk for Parkinson’s disease as adults has important implications for detection and assessment, clinical practice, systems of care, training, and public policy." That's an important sentence from the authors about their findings and the implications for screening and care of adults on the autism spectrum. Added to the idea that various other medical comorbidity might be 'over-represented' when it comes to autism (adult autism) (see here and see here and more recently in the paper by Fortuna and colleagues [2]) and how the symptoms of autism can sometimes affect the delivery of appropriate screening and healthcare (see here), and quite a research agenda continues to emerge.

As to the mechanism(s) potentially pertinent to parkinsonism being associated with autism... well, all I can really say is that it is likely to be a complicated relationship insofar as the plurality of autism and all that elevated risk of other comorbidity allied to the label. To single out one area where the possibility of overlap might occur, I'll draw your attention to the findings reported by Cheng and colleagues [3] who, based on that ever-so useful resource called the Taiwan National Health Insurance Research Database (see here), reported that: "Patients with asthma had an elevated risk of developing Parkinson's disease later in life." Given something of an emerging connection between asthma and autism (see here) one might speculate that this could be just one avenue for further investigation.

Music: Florence + The Machine - Rabbit Heart (Raise it Up).