"Gluten-free prescribing is in a state of flux" 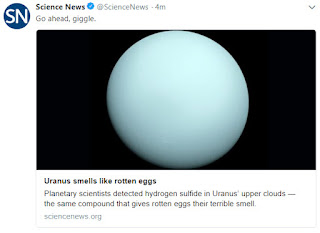 Consider this off-core-topic post an extension of previous other off-topic chatter on this blog talking about the prescription of gluten-free foods here in Blighty (see here). On that previous blogging occasion, I discussed a 'head-to-head' debate on whether the prescription of gluten-free foods for conditions such as coeliac disease was still 'relevant' in an age when supermarkets have shelves loaded with gluten-free products as part of a societal fascination with 'going gluten-free'. Whether there may be other models - such as the use of a voucher scheme - that could save time and money yet still ensure that the important use of a gluten-free diet in relation to coeliac disease is maintained and supported.

Well, the recent findings reported by Alex Walker and colleagues [1] add to this debate, and their look at "long-term national trends in gluten-free prescribing, and practice and Clinical Commissioning Group (CCG) level monthly variation in the rate of gluten-free prescribing (per 1000 patients) over time." CCGs by the way, are groups here in England "responsible for the planning and commissioning of health care services for their local area."

Walker et al relied on a retrospective cohort study design that analysed prescribing and spending data from various sources, and covered various geographical areas of England in relation to gluten-free prescribing. Alongside, other potentially pertinent data were included in the statistical mix, for example: "Index of Multiple Deprivation (IMD) score; patients with a long-term health condition (%); patients over 65 (%) and whether each practice is a ‘dispensing practice’ with an in-house pharmacy service (yes or no)."

Results: including data from over 7600 medical practices, authors reported that between July 2012 and June 2013, some 1.8 million prescriptions for gluten-free products were dispensed costing around £25.4 million. Fast forward to the period July 2016 - June 2017 and fewer prescriptions were made: "1.3 million gluten-free prescriptions nationally... with a total expenditure of £18.7 million." This, bearing in mind, that rates of diagnosed coeliac disease are seemingly only going in one direction - up [2].

Researchers also reported that there was "substantial variation in prescribing rates among practices" which was captured by some other reporting on the Walker paper as per bylines such as: "Prescribing of gluten-free products in England differs largely and “without good reason”, researchers have concluded." Indeed Walker and colleagues concluded that much of the geographical discrepancy in the gluten-free prescribing rates was "driven at the CCG level, where there is also a great deal of variation." For some CCGs, the decision was to provide gluten-free prescriptions; for others, there seems to be "a partial or complete withdrawal of prescriptions." A bit of a postcode lottery if you like.

As to those other variables included in the analysis, a few other important details emerged. So: "practices in the most deprived areas had a significantly lower rate of gluten-free prescribing than those in less deprived areas." Further: "We also found that percentage of patients over 65 is strongly associated with gluten-free prescribing, which is unsurprising given that coeliac disease prevalence increases with age." That first finding in relation to deprivation *might* be linked to things like an under-diagnosis of something like coeliac disease in those areas. But it could point to other factors potentially coming into play as well...

At the time of writing / publishing this post, we are still living in the age of austerity here in Blighty. Government in particular, [still] wants to 'balance the books' yet is still expecting national services such as health to provide for the population they serve. Set within that context, and also how health budgets are having to deal with more people with more complex needs, it's probably not surprising that for some geographical areas, 'low hanging fruit' such as gluten-free prescriptions are seen as fair game when it comes to balancing the books. It shouldn't, but there you go.

I do stand by the idea that if things are seemingly 'on the downward slide' in terms of gluten-free prescribing patterns, there may be other models to look at that could help (i.e. that voucher scheme idea). Patients and their relevant organisations need to have a voice in this process to ensure that gluten-free diets are maintained and health does not unduly suffer. Food, for people with coeliac disease - gluten-free food - is medicine, and one should never forget that and the absolute requirement to provide such medical provision.

To close, and entirely unrelated to today's post, I see Belgium have some historical and/or statistical advantage when it comes to the World Cup starting soon...