A poo(p) transplant for depression and anxiety? 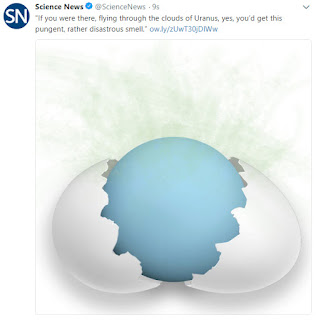 Contrary to the title of this post - "A poo(p) transplant for depression and anxiety?" - I don't think we are yet in a position to say that Fecal Microbiota Transplantation (FMT) is ready to go 'mainstream' as an approved treatment for depression and/or anxiety. I do however, think that the findings reported by Shunya Kurokawa and colleagues [1] provide evidence for a further, more controlled, scheme of research on this topic.

Based on their following a small-ish group of patients diagnosed with "either Irritable Bowel Syndrome (IBS), Functional Diarrhea (FDr) or Functional Constipation (FC) who underwent FMT for the treatment of gastrointestinal symptoms and observation of psychiatric symptoms" authors report results before said poo(p) transplant and after 4 weeks based on ratings on various instruments pertinent to the presentation of depression and anxiety. Alongside "intestinal microbiota were measured" with a particular focus on the level of diversity of species that were present in pre- and post-FMT samples. I might also mention at this point, how something like IBS is not without it's own 'psychological' correlates as per other research (see here and see here).

Following an 'open-trial' methodology and including only a "small sample size with no control group", researchers reported some significant improvements in relation to those depression and anxiety symptom scores for some. Importantly too, they noted that potential FMT effects on mood seemed to be independent of effects on "gastrointestinal symptom change." Similarly: "There was a significant correlation between baseline Shannon index and HAM-D [Hamilton Rating Scale for Depression] score, and a correlation between Shannon index change and HAM-D improvement after FMT." This suggests that bacterial diversity might be something to look at as potentially explaining the psychological effects of FMT.

Reiterating that the Kurokawa findings are preliminary and hence, require quite a lot more further (independent) study, I find this topic to be an interesting one. Although there may be some 'consumer resistance' to the idea of FMT, for some people, this type of intervention is nothing short of life-saving (see here). The idea that a similar type of transplant *might* also hold some benefits for conditions/labels outside of something like Clostridium difficile (C. difficile) infection has already been noted in the peer-reviewed science literature (see here and see here for examples), including conditions characterised by behaviour and psychology. This alongside a growing interest in how mood and temperament might have some important connection to those trillions of wee beasties (the gut microbiome) that call us all home (see here). We'll see where this goes...