Who speaks for who in relation to autism? 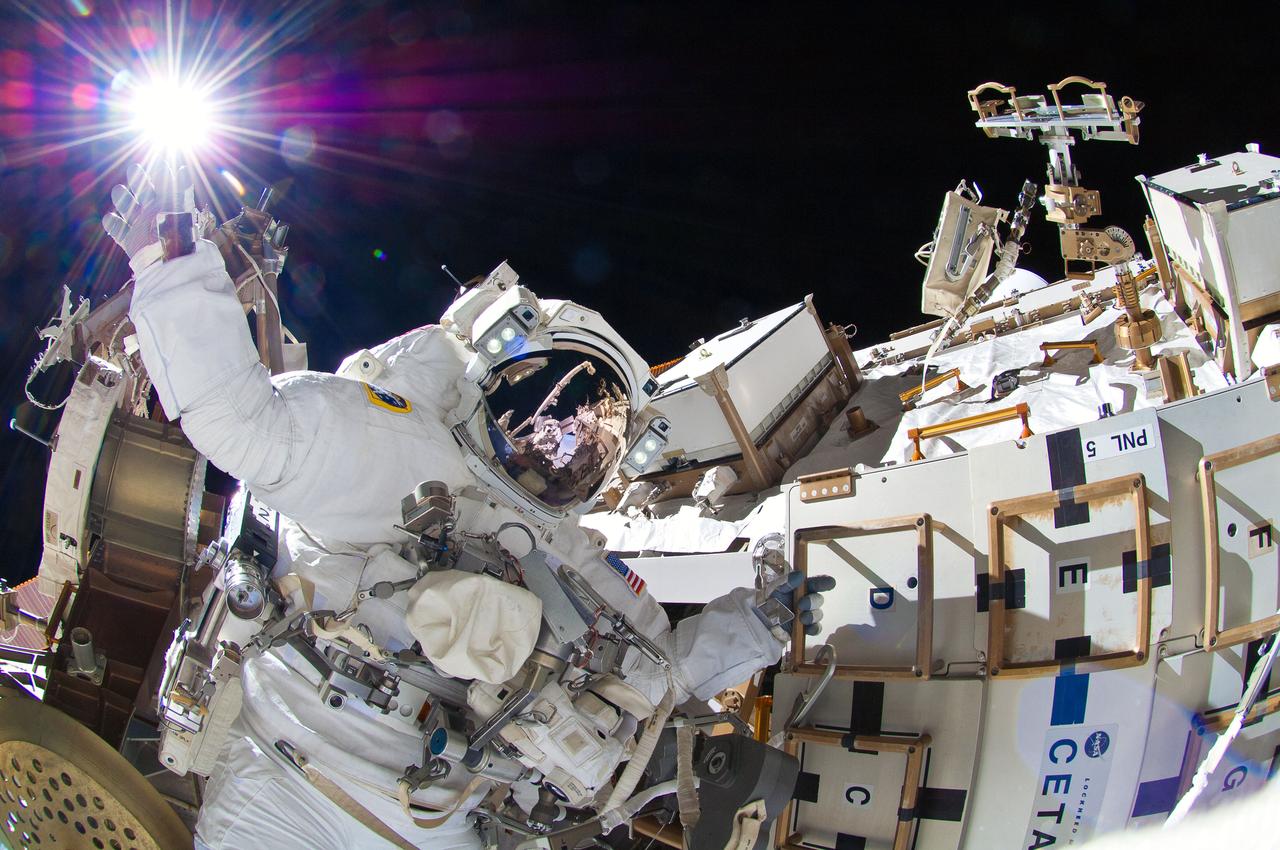 I'm probably stirring up a hornet's nest by writing this post around the findings reported by Karin Jongsma and colleagues [1] touching on the subject of 'who speaks for who' in autism advocacy, but thought it an important topic to approach. Not least because in some quarters, there are some quite heated discussions being had (mainly, and unsurprisingly, across social media and related platforms) concerning representation across various organisations and initiatives with a focus on autism. The question at the heart of such debates is: 'Who should be the primary voice(s)?' when it comes to things like decision-making about research and policy in the context of autism, both at an individual and group level? It's not a new debate by any means and such discussions will likely be part of the autism landscape forever more...

"The inclusion of people with a 'neuro-psychiatric' condition poses a particular challenge for the organizational processes and political representation of such collectives" was the starting point for Jongsma et al. I'm not very philosophically literate so can't really tell you too much about the use of 'epistemic injustice' as a framework by Jongsma, outside of it being an idea that includes 'testimonial injustice' meaning "prejudices that cause one to "give a deflated level of credibility to a speaker's word"."

The authors conducted interviews with a number of patient organisation (PO) representatives and concluded that: "persistent stereotypes hamper the inclusion of affected members both within POs and on the health political level." Further: "Being affected causes distrust in having the 'capacity to know' in a two-fold way; it is assumed that those who can represent themselves are "not affected enough" to present valuable insights into the condition and those who have difficulties to express themselves due to their condition are excluded because of their affectedness."

That last sentence kinda hits the nail slap-bang on the head when it comes to many of the discussions around 'who speaks for who' in the context of autism. Remembering that autism is about as heterogeneous as it comes with regards to the huge range of abilities and disabilities covered under the spectrum label, many, if not all, arguments about representation stem from perspectives on whether the so-called 'able' are able/allowed/qualified to speak for the so-called 'not so able' and the apparent lack of the 'not so able' to have an appropriate voice, thus relying on proxy voices such as their parents and/or primary caregivers. The bold emphasis was added by me just in case you ask. Such issues are also positioned in the context of tenets such as: 'if you've met one person with autism, you've met one autistic person' (or words to that effect) and older adages about 'mother (or father) knowing [their child] best'. The fact that Jongsma et al also included dementia in their study - another condition/label/state where ability and disability is pretty heterogeneous - is also worth noting.

I'd advance the idea that there is no right or wrong answer in the debate on who speaks for who when it comes to autism. Certainly, further grand sweeping generalisations in relation to autism are not required. The moves to encourage greater participation by #actuallyautistic people are to be welcomed and reflect many factors such as the rise and rise of numbers of people being diagnosed with autism (some rather late in life) and how again, social media in particular, is providing an important tool to voice wants, needs, hopes, fears, concerns, vision and lots more when it comes to the lives of those on the autism spectrum. Various different sorts of group identities are emerging/have emerged as many, particularly adults with autism / autistic adults (see here), have come together. Sometimes this is under the banner of neurodiversity and the principles which it includes; other times not, or with more specific issues in mind. Without getting too 'reflective' on the topic, the autism/autistic group identities emerging probably also help fill an important gap, taking into account all the chatter down the years about how loneliness and isolation are very much over-represented and onward how the desire to 'belong' has been too long neglected in the context of autism.

It's also fair to say that not everyone diagnosed on the autism spectrum is 'part of the conversation' bearing in mind the 'nothing about us without us' mantra. There are many children and adults with autism for whom such debates on advocacy are probably not as big a concern as overcoming various day-to-day issues; be they based on the effects of core autism presentation or other important comorbidities such as epilepsy or gastrointestinal (GI) issues. For many of this group, their voice is their parents and/or primary caregivers and will be for the rest of their lives. By saying all that I'm not falling into the whole 'high' and 'low' functioning narrative about 'who's the more disabled'. I'm simply acknowledging that some people on the autism spectrum can't and probably won't ever participate in discussions about 'who speaks for them' and therefore their own voices are heard only through their parents/caregivers, siblings or significant others. I know some people will say that we aren't trying hard enough to give this section of the autism spectrum a voice, but right or wrong, that's where we currently stand.

What can be done to improve the situation and perhaps bridge any gulf between voices from the spectrum and proxy voices from the spectrum? Well, there's no easy fix because yet again, heterogeneity rules. It would be unwise to assume that every actually autistic adult who can vocalise or communicate wants the same thing for themselves or any group they feel allied to, just as any sweeping generalisations that every non-communicating person with autism (I don't know how else to describe this group) or parent/primary caregiver wants the same thing are likely untrue. I think this is an important point to raise particularly when for example, the social model of disability - "disability is caused by the way society is organised, rather than by a person’s impairment or difference" - can too often be assumed to be a significant part of the vocal autism agenda, seemingly at the expense of acknowledging some very real disabilities. It's not, for example, difficult to imagine how such an extreme sentiment might sound to the parent or caregiver of a child/adult who requires significant day-to-day care and is very much disabled as a result of their autism and the issues it brings, irrespective of societal organisation. This also goes for those 'autism as a superpower' and related statement(s) which have been mentioned down the years. How such sweeping generalisations, seemingly contrary to the diagnostic tenets of autism, may well reflect individual perceptions and abilities of autism, but often do very little to forward the agenda of those severely impacted by their autism and their representation (including in the lay media).

There are substantial benefits to be had from listening to the many voices from the autism spectrum particularly when it comes to outcomes and events that will likely impact them as individuals and/or other groups on the spectrum. Similar sentiments are being discussed with other labels in mind too. I note for example, there are quite a few autistic voices that provide both informative and compassionate 'middle-ground' on many topics related to the details included in this post and the Jongsma paper. Importantly too that some are also not afraid to critique some of the tenets of neurodiversity (and by virtue, the misnomer of 'neurotypical' that has seemingly pervaded autism science and practice). These are important voices not just because of the accounts and experiences they provide, but also because theirs provides a hint of what challenges/successes might be 'more likely to occur' when a person is diagnosed with autism. Further, they do to some extent, provide an opportunity to positively act on such issues for the benefit of the person themselves and others who may not be in such a fortunate [communicative] position.

But also there is no reason why autistic voices cannot be complemented by hearing the equally important messages that parents and primary caregivers - the people who raise and mould children - can bring to the discussion table too. This also includes the 'teachings' of a rapidly emerging group who offer a really unique perspective: the rise and rise of autistic parents raising children with autism.

I suppose the bottom line is that everyone deserves to be heard no matter what section of the autism community they are allied to, and autism research and practice is all the richer for have such a diverse set of voices on the topic of autism. But this does not mean that conflict(s) are going to be so easily solved given the multitude of opinions, viewpoints and experiences included with autism in mind. How, the very individual nature of autism, is probably never going to lend itself particularly well to favouring one specific viewpoint over any others...