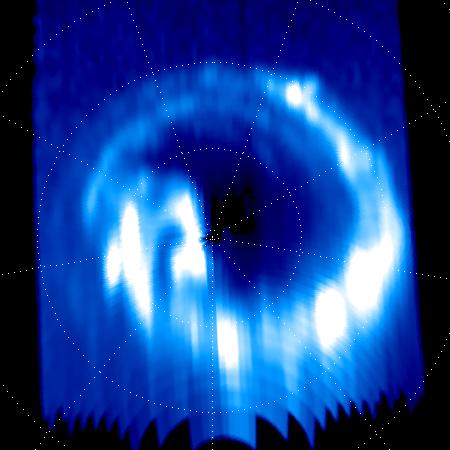 The difference this time around? People. People actually eating a a test meal containing gluten - "a porridge containing 0.5 g gluten" - and being given a potential gluten-degrading preparation - "Aspergillus niger-derived prolyl endoprotease (AN-PEP)" - or a placebo whilst their gastric and duodenal content was sampled for gluten concentrations over a 3-hour period after. So described the results published by Julia König and colleagues [1] continuing a research theme from this group [2].

AN-PEP was the product under the research spotlight following some previous scientific findings [3] suggesting that unlike various other digestive enzyme supplements, this stuff showed some pretty good actions/effects on immunogenic gluten peptides. Following a "randomized placebo-controlled crossover study" design, researchers followed 16 participants "with self-reported gluten sensitivity" (but not coeliac disease or wheat allergy) across 3 test days when on each day either a high dose of AN-PEP was given, or a low dose of AN-PEP was given or a placebo was given. Details of the high and low doses included: "The low dose tablets provided 83300 Protease Picomol International (PPI), and the high dose 166700 PPI of AN-PEP enzyme (1 PPI is the amount of enzyme that releases one picomole of p-nitroaniline per second under defined assay conditions)."

This was quite an invasive study as researchers had to gain access to parts of the gastrointestinal (GI) tract of participants and so: "Subjects attended each test day after an overnight fast, and a multi-lumen nasoduodenal catheter was placed with one lumen tip in the gastric antrum and one lumen tip 15 cm lower in the duodenum." It was then a case of drawing off stomach and duodenal samples and analysing for gluten content. Further: "success of AN-PEP in degrading gluten was defined as at least 50% gluten degradation compared to placebo, calculated as area under the curve (AUC) over 180 min."

Scientific replication is the name of the game following the König results. Replication with larger sample numbers and also potentially looking at whether such a preparation might be useful for those diagnosed with something like coeliac disease or other accepted immune-related pathology linked to gluten consumption. I say that acknowledging that a gluten-free diet is the best that science and medicine currently has for the management of coeliac disease. The authors also note that they "did not perform a double-blinded placebo-controlled gluten challenge as sometimes suggested to confirm the diagnosis of gluten sensitivity" in their participants. This kinda intersects with the continuing discussions about what non-coeliac gluten/wheat sensitivity actually is (see here).

"In conclusion, our study showed that the AN-PEP enzyme is effective in degrading small amounts of gluten as part of a complex meal in the stomach. Even though the use of AN-PEP is not intended to replace a gluten-free diet in gluten-related disorders, it appears to be effective as a digestive aid protecting against the unintentional intake of gluten." I can't argue with that and look forward to seeing more on this topic in future.