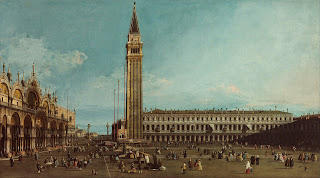 Yokukansan, in some circles also known as TJ-54, has however cropped up on my autism research radar before as per the very preliminary findings reported by Miyaoka and colleagues [1] (open-access) a few years back suggesting that the herbal combination might "be effective and well tolerated for treatment of severe irritability, lethargy/withdrawal, stereotypic behavior, hyperactivity/noncompliance, and inappropriate speech in patients with PDD-NOS or Asperger’s disorder." Those are the authors' words by the way, not mine.

Today I'm bringing another paper from Tsuyoshi Miyaoka and colleagues [2] (open-access available here) to the blogging table based on a a slightly improved methodological design and covering a different label in the DSM psychiatry 'bible': schizophrenia, and in particular, schizophrenia with a "history of documented treatment-resistant status." This study follows a stream of other peer-reviewed reports from Miyaoka et al on the topic of yokukansan and psychiatry (see here).

The latest paper is open-access but here are a few basics:


The authors not only call for further research on TJ-54 and schizophrenia but are actually doing it themselves as per the comment: "The 4-week treatment duration was too short, which might have prevented us from exploring the efficacy of TKS [or should this be YKS?]. Therefore, now, we are conducting 12-week trial." Talk about getting on and doing it yourself eh?

I'm rather interested in these and other results [3] and their potential indications for at least some schizophrenia under certain circumstances. Treatment-resistant schizophrenia is a significant issue for a proportion of those diagnosed and can quite severely impact on quality of life for those in such a position [4]. Finding novel ways and means to overcome the various issues that a diagnosis of schizophrenia can potentially bring in that scenario is an important goal for psychiatry.

In terms of the possible explanations for the effects of TJ-54, well, once again we're left in head-scratching and speculation mode based on the current and other observations. Chuan-Hsun Yu and colleagues [5] (open-access) talk about some of the potential pharmacological implications of YKS supplementation focused quite a bit on the "antipsychotic implications of yokukansan." I'd be minded to suggest that alongside just monitoring potential effectiveness of YKS, science should really be doing quite a bit more on the biological processes potentially affected by supplementation, reiterating that YKS is a mixture and might have one than one biological effect.