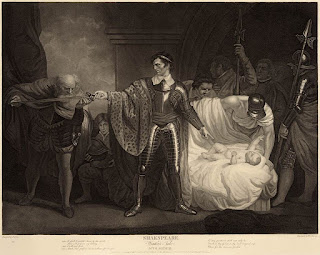 A brief post for you today as I keep a promise made in a previous entry to cover the paper by Angelico Mendy and colleagues [1] who concluded that: "Toxoplasma seropositivity may be associated with reading and memory impairments in school-aged children."

Based on the analysis of over 1700 children/young adults aged 12-16 years old "who participated to the Third National Health and Nutrition Examination Survey" researchers examined the possibility of a relationship between various psychometric test scores - "including math, reading, visuospatial reasoning and verbal memory" - and Toxoplasma seropositivity (that is, showing immunological evidence of either past or current infection by Toxoplasma gondii). Finding that approximately 7% of participants were seropositive for contact with the protozoan, researchers also highlighted a possible correlation between infection history and issues with both reading ability and memory capacity. This 'relationship' also appeared to be mediated by serum vitamin E levels in that: "Toxoplasma-associated memory impairment was worse in children with lower serum vitamin E concentrations." A good write-up of the study can be found here.

As regular readers might know (and are probably pretty bored of hearing about) I'm really rather interested in T. gondii and in particular the growing tide of peer-reviewed research hinting at a possible link between this organism and [some] schizophrenia. Accepting there is still quite a bit more to do looking at the possibility of link between the gondii and schizophrenia - including answering important questions about whether childhood cat ownership might be a risk factor - I'd like to think that the Mendy results might have a further role to play. I'm specifically thinking about the idea that cognitive decline (if I can call it that) might be part and parcel of schizophrenia and even something that pre-dates the onset of symptoms [2]. I draw back from making too many speculations in this area bearing in mind correlation is not the same as causation and the requirement for replicative investigations but would be rather interested to see if Mendy et al will be producing any follow-up data of their participants with a view to say, the prevalence of schizophrenia as a function of T. gondii seropositivity and/or psychometric scores?

Music: My Bloody Valentine - You Made Me Realise.

[2] Keefe RS. The longitudinal course of cognitive impairment in schizophrenia: an examination of data from premorbid through posttreatment phases of illness. J Clin Psychiatry. 2014;75 Suppl 2:8-13.