Early sex differences are not autism-specific 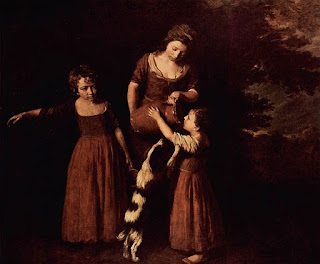 The title of this post mirrors the title of the paper published by Daniel Messinger and colleagues [1] (open-access available here) that reported on "younger sibling sex differences and proband sex differences on the odds of ASD [autism spectrum disorder] in a large sample of prospectively followed high-risk siblings."

Researchers found that alongside "a three-to-one male:female odds ratio in ASD recurrence... the emergence of ASD symptoms in high-risk siblings—both with and without eventual ASD outcomes—occurs in the context of naturally occurring sex-related variability." Further that their results cast "doubt on a female protective effect among high-risk ASD siblings."

Based on participant data derived from the Baby Siblings Research Consortium (BSRC) [2], a collaborative initiative focused on identifying the earliest signs and symptoms of autism, researchers assessed cognitive functioning and autism symptom severity in over 1800 infants, over 1200 of whom were categorised as 'high risk' insofar as being a "younger sibling of a proband with an ASD diagnosis." Of those 1241 high-risk siblings "252 had ASD outcomes" on the basis of a clinical best estimate diagnosis derived from the various data sources available for each participant.

Results: well, there were quite a few of them as previously discussed but I'm going to pick out a few highlights:

The authors conclude that their results "suggest that male:female ASD differences are not ASD-specific but instead reflect more general sex differences reflected through a prism of autism-linked symptoms."

These are interesting results that gain some scientific traction as a function of the large participant numbers included for study and the prospective nature of the study initiative. The authors have made quite a bit of the fact that their results provide "no overall evidence of a female protective effect" in their high-risk siblings group but acknowledge the need for further investigations in this area specifically where female autism is present and how "female probands in multiplex families (two or more female siblings) [may] confer greater risk for ASD in successive offspring." I wonder if this might include some further thought on how sex differences in brain plasticity [3] might potentially be linked to autism?

Once again, autism reveals just how complicated a condition it is...