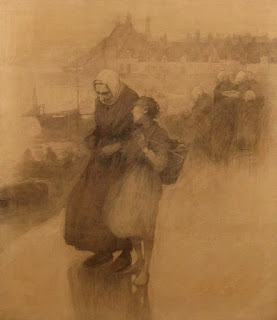 The 'terrible twos'. Y'know, that special time in a child's development when the words 'mine' and 'no' are much more than a daily occurrence and visions of supermarket / restaurant meltdowns complete with scathing looks from strangers still linger in the rose-tinted memories of parenting.

There's still quite a bit of debate about the hows and whys of the terrible twos but new research by Lisa Christian and colleagues [1] implicates a hitherto unappreciated system potentially at work: our gut bacteria. Examining the possibility that "the community structure of the gut microbiome" might correlate with maternal measures of offspring temperament for 77 children aged between 18-27 months of age, researchers reported preliminary results looking at bacterial diversity and bacterial composition in relation to reported child behaviour across three scales of emotional reactivity according to media reports of the study (see here).

"Among both boys and girls, greater Surgency/Extraversion was associated [with] greater phylogenetic diversity." In other words, a more varied gut bacterial population seemed to correlate with scores more pertinent to an 'out-going' temperament "related with positive mood, curiosity, sociability and impulsivity." This is also the temperament style that seems to be potentially linked to later attentional issues such as ADHD (attention-deficit hyperactivity disorder) [2].

"Additional sex-specific associations between temperament and the gut microbiome were observed." So, taking into account gender/sex and temperament, certain types of gut bacteria were more commonly observed; specifically: "In boys only, researchers reported that extroverted personality traits were associated with the abundances of microbes from the Rikenellaceae and Ruminococcaceae families and Dialister and Parabacteroides genera." The exact meaning of these findings is unknown at present.

Importantly: "Some differences in dietary patterns were observed in relation to temperament, but these did not account for the observed differences in the microbiome." As anyone who has followed the recent 'Spector diet experiment' might know, there is a growing acceptance that what we eat (and drink) might have repercussions for the balance of the trillions of beasties that reside in our gut. The jury is however still out about the long-term effects of diet on the gut microbiota and indeed, what this might mean in relation to modifying risk of disease through diet affecting gut bacteria.

Assuming that the Christian results hold out following independent replication and the link between behaviour and gut bacteria keeps heading the direction it's heading (see here) there are some pretty important implications from this line of scientific thought. Minus the hype, one might reasonably ask: 'Is it possible to alter temperament by altering the gut microbiome?' as a primary question. The authors make some effort to answer this in the accompanying press about their findings: "Both researchers say that parents shouldn't try to change their child's gut microbiome just yet. Scientists still don't know what a healthy combination looks like, or what might influence its development." I agree that we don't yet know what it means to have a 'surgency/extraversion gut microbiome' but we do know that supplementation with probiotics for example, can seemingly affect aspects of behaviour and thought [3] (see my take here). Again, if we assume that diet affects gut bacterial composition, one might also acknowledge that what a young child eats is already affecting their gut bacteria populations, something that might have implications for our modern eating habits and various other issues. And then there are variable such as the issue of stool consistency to potentially take into account [4]...

Music: Hate to Say I Told You So - The Hives.