Office workers of the world stand up! 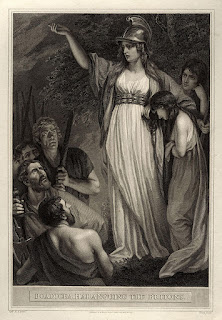 A quote to begin: "for those occupations which are predominantly desk based, workers should aim to initially progress towards accumulating 2 h/day of standing and light activity (light walking) during working hours, eventually progressing to a total accumulation of 4 h/day (prorated to part-time hours)."

That was the recommendation made in the consensus statement published by John Buckley and colleagues [1] aiming to: "provide guidance for employers and staff working in office environments to combat the potential ills of long periods of seated office work."

Co-commissioned by Public Health England, the body charged with protecting and improving the nation's health "and to address health inequalities" in England, the statement from Buckley et al has already garnered some significant press attention (see here for example). The move comes after quite a bit of peer-reviewed evidence has suggested that frequent and prolonged sitting is perhaps not the best activity for humankind (see here) and office workers chained to their desks from 9 to 5 might actually be a risk group for various adverse health outcomes as a result of their occupational inactivity.

As well as championing the health benefits of walking (which is always a good thing on this blog) the authors are also suggesting that far greater use could be made of sit-stand desks [2] and the use of "standing-based work". I might add that there are various other ways and means that office inactivity has been tackled in the peer-reviewed literature [3] and innovation leads the way as per the smart chair.

Appreciating the concerns of business about a possible reduction in productivity as a result of workers taking regular exercise breaks and the musings of others, I'm personally very happy to see the document from Buckley et al. If one assumes that this guidance builds on other occupational health advice such as smoking bans in public places including the workplace and other 'elf and safety laws, one can see how healthier workers in the long-term will be more productive workers as a function of less days lost to ill-health for example. That also aspects of psychological health may benefit too from a bout or two of regular workplace activity / exercise, and one gets the feeling that this might turn out to be something rather important. Indeed, Finland has taken a lead on this...