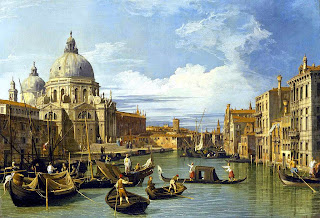 So said the results of the study by Robin Gabriels and colleagues [1] who, under randomised controlled trial conditions, set about "evaluating the effectiveness of therapeutic horseback riding (THR) on self-regulation, socialization, communication, adaptive, and motor behaviors in children with autism spectrum disorder (ASD)." The authors, including one Gary Mesibov, looked at horse riding vs. barn activities over a 10 week period for a cohort aged 6-16 years old and concluded that under intention-to-treat (ITT) analysis, significant improvements in measures of social cognition and social communication were evident in those following the THR regime. The ClinicalTrials.gov entry for the study can be seen here.

Whilst the methodological quality of the Gabriels study is quite a bit better than anything else so far in this area of investigation, this is not the first time that equine activities have been looked at with autism in mind. The paper by Lanning and colleagues [2] reported a 'favourable outcome' in their small trial "utilizing EAA [equines assisted activities] in the treatment of children with ASD." Similar things were also reported by Bass and colleagues [3] including an important note about less "sedentary behaviors."

Accepting that animal interactions are probably not for everyone on the autism spectrum, the Gabriels and other findings do seem to tie into a growing body of peer-reviewed research suggesting that such interactions might be something to think about when it comes to [some] autism (see here). This also complements other accounts (see here for example). I'm not altogether sure about the hows and whys of animals potentially impacting on the presentation of autism despite previous suggestions about 'parts of the brain' being attuned to animal interactions (see here). One could speculate about animals not perhaps being as socially complicated as people insofar as things like their (general) lack of verbal language for example and the appeal that this would hold. The idea that "animals may act as social buffers for children with ASD" [4] has been banded around. This might, alongside other non-verbal communication variables, also tap into why robots in robot-assisted interventions seem to be also finding some therapeutic favour [5] with [some] autism in mind with lower arousal / stress reduction as a modifying factor.

Whatever the reasons for the potential success behind strategies such as THR and other animal-assisted therapies (where subjected to the appropriate scientific scrutiny) when it comes to autism, one might expect some further research developments in this area. That exposure to animals might also have some hidden 'bacterial' benefits might also be something that autism science should consider particularly in light of emerging data on allergy and atopy with autism in mind...

To close, how could I not link to one of the best horse names ever: hoof-hearted...