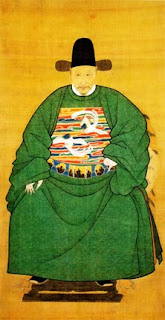 A quote to begin: "Overall, the manuscript supports the idea that ASD [autism spectrum disorder] results from gene–environment interactions and that in the presence of a genetic predisposition to ASD, diet can make a large difference in the expression of the condition."

The manuscript in question was by Antonio Currais and colleagues [1] reporting some rather interesting results based on the 'dangermouse' that is the BTBR mouse model of autism. Researchers from the Salk Institute for Biological Studies showed that "the dietary glycemic index has a significant impact on the ASD phenotype." The dietary glycemic index (GI) by the way, is concerned with how particular foods / foodgroups affect blood glucose levels and the crux of the research was to see what happened to pregnant mice when fed either a high GI or low GI diet in terms of offspring outcomes. Offspring also followed the same diet diet post weaning.

To quote from the paper and some associated media: "The two groups of animals consumed the same number of calories and were identical in weight. But mice that ate a high-glycemic index diet showed all of the expected behavioral symptoms of autism. Their social interactions were impaired, they repeated actions that served no apparent purpose, and they groomed extensively."

Various other differences were present across the different dieting mice as per the findings that: "diet modulates plasma metabolites, neuroinflammation and brain markers of neurogenesis in a manner that is highly reflective of ASD in humans." This included the finding that "the brains of the high-glycemic index diet mice appeared to have greater numbers of activated microglia, the resident immune cells of the brain" and various inflammation-related genes being more readily expressed in comparison to the low-glycemic index diet mice. Microglia and autism remains a complex topic (see here) but with the advent of recent research findings [2] complete with headlines such as ''Missing link' between brain and immune system discovered' I dare say that we'll be hearing more about this is times to come.

The compound doublecortin also receives a mention in the Currais results as per the suggestion that those mice living on the high-glycemic diet had less of the stuff and the significance of this finding given the link between doublecortin and neurogenesis for example [3]. Bearing in mind the BTBR mouse model of autism might already be more prone to reductions in the levels of doublecortin [4] it might be useful to see how this finding pans out when applied to real people in the real world.

"The new study found that the diet might directly influence the ecosystem of bacteria in the gut." It perhaps goes without saying that any sort of dietary change is likely to affect the composition of those trillions of wee beasties that call our gastrointestinal (GI) tract home. This also applies to mice and probably every other type of animal. "'We were really surprised when we found molecules in the blood that others had reported could only be generated by gut bacteria,' Maher says. 'There were big differences in some of these compounds between the two diets.'" Metabolites of gut bacteria found in general circulation... does this imply intestinal permeability (leaky gut) might be part and parcel of any effect? If so, would that perhaps also tie into the findings reported by Elaine Hsaio and colleagues a while back on leaky mice guts, gut bacteria and autism? Add in also the idea that high glycemic index foods tend to include things like wheat and various other grains and we start to get something looking rather familiar to autism research that may well show some relationship [5].

"The group plans to analyze the gut bacteria, and its potential link with features of autism, more directly. They also hope to better understand the role of inflammation in the ability to generate new neurons." I'm very much looking forward to seeing these results, bearing in mind that mice are mice not people [6] and autism (or rather the autisms) is/are [a] very complicated condition(s).

Music: The Jesus And Mary Chain - Just Like Honey.