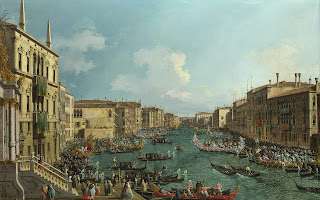 The paper from Gerrit Van Schalkwyk and colleagues [1] caught my eye recently and a potentially interesting case report on the use of "transdermal nicotine as an adjunctive medication to treat aggression in a hospitalized adolescent with ASD [autism spectrum disorder]."

Transdermal, by the way, refers to passage through the various and complicated layers of the skin, and reflects an important way of getting medicines into the body other than via the more traditional oral route. I'm more than a little interested in the various ways and means that science is coming up with to bypass the mouth - gut - general circulation route as per other discussions on this blog (see here) with some of my own peer-reviewed contributions in mind [2]. In terms of how this might translate into autism and beyond, think about the processes for example, involved in swallowing a tablet or capsule and whether more could be done to 'ease' the mechanics of getting medicines into the body as well as improving things like adherence to a particular regime...

Anyhow, Van Schalkwyk et al reported that transdermal nicotine use - "a 21 mg nicotine patch" - seemed to have something of a positive effect on aggression in their particular case. Said young man presented with various issues with aggression against himself ("headbanging and biting... continuously re-opened old wounds") and others ("violently attacked staff at school") in the context of "a diagnosis of non-verbal ASD... requiring support with each of his activities of daily living." Various behavioural and pharmacological options were tried to alleviate aggression when he was hospitalised with seemingly little effect.

The idea to use a nicotine patch stemmed from some previous research interest from some of this authorship group on a role for nicotinic acetylcholine receptors in relation to mood and anxiety [3]. Their idea that: "smokers may use the nicotine in tobacco products as an attempt to self-medicate symptoms of affective disorders" potentially taps into some interesting research questions on the role of smoking in light of diagnoses where 'affective disorders' may be prominent.

Further research is of course indicated as to whether nicotine patches may be useful for some people and some behaviours associated with the autism spectrum. I say this bearing in mind that the rates of tobacco smoking tend to be quite a bit lower in autism compared with the general population [4] and the desire not to see such figures increase bearing in mind the adverse effects smoking can have for a person. Remember also, that nicotine is classified as addictive...