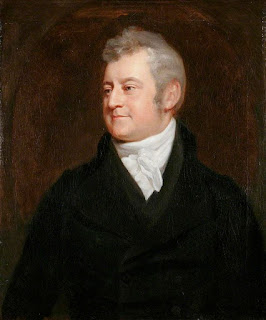 I have to say that I was initially pretty interested to read the paper by Jakub Tomasik and colleagues [1] (open-access available here) discussing results examining the "possible immunomodulatory effects of probiotic supplementation in chronic schizophrenia patients."

Interested because not only was this a partnership paper including Robert Yolken and Faith Dickerson on the authorship list (names who have appeared a few times on this blog) but also because of the subject matter extending some research interest into how gastrointesinal (GI) 'functions' may very well have some important implications for at least some cases of schizophrenia (see here) particularly linked to the concept of inflammation. This area of research on a 'gut-brain connection', also links into a body of work with autism in mind (see here) and with that autism connection, mention of one Sabine Bahn as a co-author and some research she has published [2] is also worth noting.

In the current paper, Tomasik et al describe work following on from a previous study by Dickerson and colleagues [3] suggesting that adjuvant probiotic use may "help to prevent severe bowel difficulty in patients with schizophrenia" even if not significantly affecting the behavioural presentation of schizophrenia on that research occasion. With no endorsement given or intended, the probiotic preparation in question was called Bifiform Balance and contained "the probiotic organism L. rhamnosus GG and... colony forming units of the probiotic organism Bifidobacterium animalis subsp. lactis BB12 (Ferrosan)." Lactobacillus rhamnosus GG has appeared before on this blog (see here) so I was intrigued as I always am when it comes to gut bacteria and health / behaviour.

Authors describe how blood samples from 58 participants who completed the previous Dickerson trial ("31 in the probiotic arm and 27 in the placebo arm") were collected pre- and post-trial (after 14 weeks) and serum samples analysed by immunoassay "targeting selected inflammatory markers, including cytokines, chemokines, and acute-phase reactants."

Results: "Probiotic add-on treatment significantly reduced levels of von Willebrand factor (vWF) and increased levels of monocyte chemotactic protein-1 (MCP-1), brain-derived neurotrophic factor (BDNF), RANTES, and macrophage inflammatory protein-1 beta (MIP-1) beta with borderline significance (P ≤ 0.08)." Actually, the only significant effect was noted for vWF (p=0.047) for which levels seemed to drop following probiotic use. Also interesting was the finding that within the group taking the placebo (although I'm not altogether sure what this contained) there were significant pre- and post-intervention differences for compounds such as vascular cell adhesion molecule 1 (VCAM-1) and intercellular adhesion molecule 1 (ICAM-1); both showing reductions.

The authors note that the significant reduction in levels of vWF within the context of probiotics as an add-on treatment alongside more commonplace pharmacotherapy for schizophrenia might have some important implications for "certain cardiovascular risk parameters" for example. This statement is rooted in the idea that vWF has some research history when it comes to schizophrenia both outside [4] and inside this connection [5]. Certainly, vWF shows a link to inflammation and with mention of the words adhesion too. In the context of schizophrenia, inflammation is of growing interest...

"We conclude that probiotics have immunomodulatory effects in schizophrenia patients, affecting molecules that do not respond to standard antipsychotic therapy." If one goes by the statistical book, I'm not entirely sure that the current findings are completely in line with that last statement. Yes, vWF showed something of a 'relationship' to the probiotic use but the other results with "borderline significance" and the fact that authors "were not able to detect all targeted cytokines in [their] clinical samples", I'd be a little cautious about saying too much more.