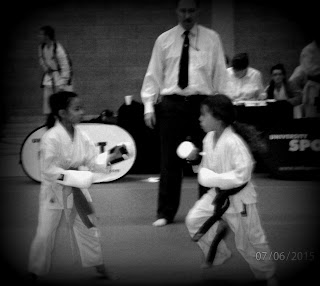 In today's short blog post I'd like to bring to your attention the findings reported by Cerrillo-Urbina and colleagues [1] who, upon gathering the available peer-reviewed evidence, suggested that: "short-term aerobic exercise, based on several aerobic intervention formats, seems to be effective for mitigating symptoms such as attention, hyperactivity, impulsivity, anxiety, executive function and social disorders in children with ADHD [attention deficit hyperactivity disorder]."

Reviewing and meta-analysing data from 8 randomised-controlled trials, researchers found that aerobic exercise "had a moderate to large effect on core symptoms" including inattention, hyperactivity and impulsivity. Issues with executive functions, such as working memory and planning behaviour processes also seemingly benefit from such physical activity in line with previous discussions on this blog (see here).

Although the authors are quite generalised in what activities fall under the category of 'aerobic exercise' they do specifically mention that: "Yoga exercise suggests an improvement in the core symptoms of ADHD." I'm gonna go one stage further and, without making sweeping generalisations to all ADHD (y'know plurality and all that), suggest that the paper by Thomas Woodward [2] (open-access) might invite further investigation on the potentially beneficial role of martial arts training as and when applied to a condition like ADHD.

To quote from Woodward: "Benefits from this practice include better overall health and balance, as well as an improved sense of psychological well being. They do not promote aggression and may be used as a treatment modality for youth who are at-risk for violence." That excerpt kinda says it all about how martial arts training might be right for at least some diagnosed with ADHD. I've extolled the virtues of kata training with [some] autism in mind on this blog before (see here) as an important part of quite of few martial arts. The bit about martial arts being potentially useful for those who 'are at-risk of violence' taps into a growing body of research in this area [3] with ADHD in mind. I might also emphasise that when done correctly, martial arts training probably 'does not promote aggression' as many might first believe...

Music: Elvis Presley - In the ghetto. Wise words from the King...

[3] Koisaari T. et al. Traffic And Criminal Behavior Of Adults With Attention-Deficit/Hyperactivity With A Prospective Follow-Up From Birth To The Age Of 40 Years. Traffic Inj Prev. 2015 Apr 2:0.