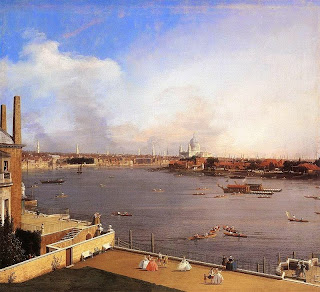 Today I'm serving up the study findings reported by Michael Benrós and colleagues [1] (open-access) describing how: "Independent of a wide range of possible confounders, significant associations between infections and cognitive ability were observed" in their study of over 160,000 male conscripts during the years 2006–2012 who were tested for cognitive ability. Some further write-up of the study can also be found here.

Using the Danish Conscription Registry (existing as a result of Denmark retaining mandatory military service) as a starting point, researchers questioned whether in amongst the growing research base suggesting that "infections and immune responses can affect the brain and activate immunocompetent cells within the brain" there may be something to be had linking infection history and general cognitive ability. Because various connected health registers exist within the Danish healthcare and social systems, researchers were able to link participant cognitive test score results recorded by the Danish Draft Board with infection history as recorded "in the Danish National Hospital Register." Infection history, by the way, was based on a 'recorded' infection not something 'suspected'.

The results, taking into account "parental educational level, year of testing, birth order, multiple birth status, birth weight, gestational age, a parental history of infections, parental and individual history of psychiatric disorders and substance abuse" pointed to something of an association between infection history and cognitive test scores. So authors reported to have "found that hospital contacts for infections were associated with lower general cognitive scores at the draft board examination around age 19."

The authors are cautious about their results and the requirement for further research investment in this area: "The cognitive ability might be directly affected by infections or related immune responses; however, heritable and environmental factors associated with infections might also influence the associations." That being said, the accompanying media comments from Benrós et al underscore the idea that infection, immune function and cognition might share something of a complicated relationship.

A quick glance through the research publication history of members of the authorship team on this paper reveals that this is not the first time that immune system and cognitive / behavioural outcomes have been discussed. I've covered some of this work before on this blog with autoimmune disease as a potential 'risk factor' for mood disorder in mind (see here) again highlighting how the immune system may be doing some much more than responding to foreign invaders. Set against a backdrop of quite a bit of research looking at how infection can and does affect behaviour and cognition (even with autism in mind) I'd be minded to suggest that a greater respect for the role of infection / immune system involvement should filter down into many different areas of medical science in light of the 'game-changing' discoveries being made...

To close... in memory of Sir Christopher Lee: Count Dooku was the dog's bollocks...