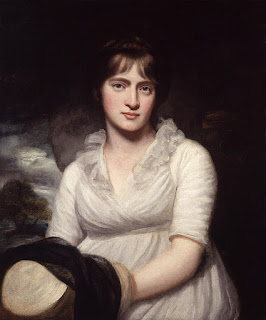 "The autism spectrum disorder or autism-like clinical symptoms are extremely rare, but they may be a clear manifestations of enterovirus encephalitis."

That was the finding reported in a poster by Akcakaya and colleagues [1] submitted as part of the 11th European Paediatric Neurology Society Congress 2015. In it, they detail a case report of an adolescent young woman "who developed behavioural changes and autistic features such as impairment of communication, mutism and lack of eye contact" following "chronic, atypical enterovirus encephalitis."

Providing only a few details about the young lady concerned and her clinical experiences, the authors highlight how the diagnosis for enterovirus was confirmed by PCR although not providing information on the specific serotype. The authors do report how her clinical picture "gradually improved" during her hospital stay, helped along (I assume) by administration of "IVIg [intravenous immunoglobulin] treatment of 20 mg/kg." Further: "At discharge the patient was able to speak and communicate. Six months after discharge, her clinical status was improved."

Although the authors do emphasise the rarity of the enterovirus encephalitis / autism-like clinical picture, I was interested in this work because it is not the first time that it has cropped up in the peer-reviewed research arena. Indeed on a previous post (see here) covering the findings reported by Filipa Marques and colleagues [2] I talked about 'autism secondary to enterovirus encephalitis' and how a complicated relationship might exist between some of the autisms (plural) and various infective agents. This on top of other 'associations'.

At the same conference as the poster from Akcakaya et al I also came across the offering from Gadian and colleagues [3] discussing some of the current literature on the use of IVIg "in paediatric neurological and neurodevelopmental conditions." They reported "growing evidence" for the usefulness of IVIg for a few neurological conditions including various types of encephalitis. That being said: "well designed, prospective, multi-centre studies with standardized outcome measures are now required to evaluate the efficacy and cost effectiveness of this expensive and resource limited therapeutic agent."

Combined these posters, which I hope will eventually see the full peer-reviewed paper treatment at some point, provide further evidence for the ideas that (a) there may be many roads potentially leading to autism or autistic-like behaviours and (b) 'treatment' might be an option for specific cases based on the use of something like IVIg assuming no religious exemptions [4]. I might add that other examples of encephalitis-linked onset to autism (see here) might similarly benefit from quite a bit more investigation in this area particularly when one considers the limited study of IVIg and [some] autism [5].