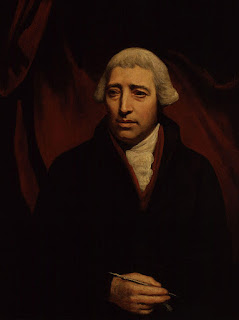 To quote from the study results published by Janet Saenz and colleagues [1] (open-access available here): "less sleep duration in infant girls across a period of 5 days was predictive of higher ASD [autism spectrum disorder] scores on the BITSEA [Brief Infant-Toddler Social and Emotional Assessment] in toddlerhood."

Based on a sample of 47 children - 29 males and 18 females - researchers initially studied sleep patterns for participants at 3-4 months of age using actigraphs to ascertain sleep duration and efficiency and determine whether there was any connection to later BITSEA scores at 18-24 months of age. They reported various results in the most part not significant across genders, sleeping patterns and the subsequent effect on scores of social-emotional problems. In the detail however, they did find a suggestion that "sleep duration was a significant predictor of autism spectrum behaviors" specifically in girls and "after controlling for sleep efficiency, a 1-min decrease in sleep duration resulted in a 0.01 point predicted increase in a child’s autism spectrum behaviors score." This, bearing in mind, that BITSEA scores for autism spectrum behaviours range between 0-17.

I'm not wildly enthusiastic about the results reported by Saenz et al given the relatively small sample size and the snap analysis of two variables (sleep and reported behaviour) separated by over a years worth of development. Correlation is not necessarily causation and all that jazz. Indeed, even the authors concede that their use of a "non-clinical sample" limits the applicability of their results to "the low severity end of the diagnostic spectrums."

That being said, I do wonder if these findings invite quite a bit more investigation specifically when it comes to all those resources being put into the early detection of autism as exemplified in the recent paper by Sacrey and colleagues [2]. Sleep and autism is a research topic not unfamiliar to this blog (see here) and the idea that there may be small but measurable differences in sleep parameters in cases of already diagnosed autism. I'm not aware of too much in the way of experimental research reporting on early sleep patterns as being a 'risk' factor for autism outside of results such as those reported by Humphreys et al [3]. The idea that sleep issues might become more present as a child develops is a theme explored by Sivertsen et al [4] and the behavioural 'issue' link has also been mentioned by others [5].

Finally, it is worth reiterating the focus on female autism spectrum behaviours reported by Saenz et al. As per other work by the authors [6] and findings supporting: "the hypothesis that early infancy may be another critical period for the development of gender-linked behavior" based on their examination of infancy salivary testosterone levels and toddler BITSEA ratings, there may be some important lessons to be learned. Sex differences in behavioural presentation when it comes to autism (see here) is a big talking point at the moment in light of discussions about how the gender ratios for diagnosis might be skewed by either a female autism phenotype or just plain old dogma about autism being a male-dominated label. Again, I've not come across much in the way of peer-reviewed research where sleep has been examined from the perspective of risk of autism or autism linked behaviours taking into account gender differences. Hence, another potential research project presents itself and perhaps even more intriguing: could 'alteration' of early sleep patterns offset the future risk of autism?

Music: Kelis - Caught Out There.