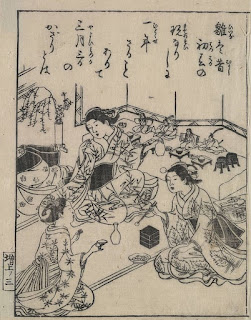 Stumbling across a headline that reads: 'Study Finds Decreased Social Anxiety Among Young Adults Who Eat Fermented Foods' was bound to pique my blogging interest. When I eventually tracked down the source paper behind the headline I became more and more intrigued as today I bring to your attention the study findings reported by Matthew Hilimire and colleagues [1].

Implementing "a cross-sectional approach to determine whether consumption of fermented foods likely to contain probiotics interacts with neuroticism to predict social anxiety symptoms" researchers asked over 700 students - psychology students - to self-report on "fermented food consumption, neuroticism, and social anxiety." Fermented foods by the way, cover a range of foods "that contain probiotics" including yogurt and sauerkraut (a particular favourite of mine). Researchers also enquired about various other variables such as fruit and vegetable intake and the amount of exercise taken over the past 30 days.

Bearing in mind that this was a study based on self-report and that psychology students might not be entirely representative of the population in general, the results of an "interaction model, controlling for demographics, general consumption of healthful foods, and exercise frequency" did seem to suggest that there may be more to see when it comes fermented food consumption and social anxiety: "Fermented foods should be further investigated as an intervention for social anxiety."

I'm not falling hook, line and sinker for these results - correlation is not the same as causation - despite my continuing interest in the science of psychobacteriomics (my word creation) and the idea that those trillions of wee beasties that inhabit our deepest, darkest [gut] recesses might be doing so much more than just helping to digest food and making the odd nutrient or two. I do however think that we need to dedicate quite a few more resources to the idea that psychology and behaviour might not be solely rooted in the grey-pink matter floating in our skull [2] as recent news articles seem to imply.

Finally, and without wishing to make too many sweeping generalisations from the Hilimire results, I did think about whether such findings may be particularly 'useful' for certain groups of people where social anxiety might be over-represented. Autism is an obvious label given the suggestion that at least a quarter of those on the autism spectrum might also fulfil the diagnostic criteria for social anxiety disorder (see here). That such anxiety might also have knock-on effects to the presentation of more core autism symptoms (see here) is also noteworthy bearing in mind that a diet rich in fermented foods might not be for everyone and that social anxiety with or without autism is bound to be a very complicated process.

We await further research in this area.

Music: The Flaming Lips - Do You Realize??