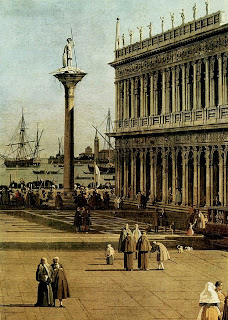 "The current study demonstrated significantly high levels of AMA-M2 [antimitochondrial antibodies subtype 2] in autistic subjects when compared with healthy controls. Further large-scale studies are required to dissect any pathogenic role of these antibodies in the development of autism."

Accepting that 'healthy controls' is not the terminology that I personally would use to describe 'not-autism' control participants and to 'dissect' findings perhaps conjures up some rather gruesome images probably not intended by researchers, I was rather intrigued by the results reported by Muhammad Iqbal and colleagues [1] including one Laila Al-Ayadhi on the authorship list.

Mitochondria - not to be confused with those 'knowledge of the Force' giving organisms, the midichlorians - are an organelle of some research note when it comes to autism research these days as per quite a few previous entries on this blog (see here and see here for example). The paper by Suzanne Goh et al [2] (see here for my take) talking about a 'neurobiological subtype of autism' characterised by mitochondrial dysfunction kinda says it all when it comes to where further investigations might want to head bearing in mind the 'plurality' of autism - the autisms (see here).

The Iqbal study looked for the presence of antimitochondrial antibodies in autism (n=62) vs control (n=14) samples thus continuing another potentially important theme to 'some' autism: immune system involvement and specifically, the concept of autoimmunity (where the body fails to recognise 'self' tissue as self and mounts an immune response as it would when meeting 'foreign'). Indeed, autoimmunity is something that Dr/Prof. Al-Ayadhi and her various co-authors seemingly have some interest in with autism in mind (see here).

Based on the use of "indirect solid phase enzyme immunoassay" researchers reported that: "Significantly elevated levels of AMA-M2 were observed in the sera of autistic children... compared with healthy controls." AMA-M2, I think, refers to antibodies specifically directed towards pyruvate dehydrogenase complex which opens up some potential involvement for the branched-chain α-ketoacid dehydrogenase complex in cases. More usually [partially] diagnostic for primary biliary cirrhosis (PBC), a long-term autoimmune liver disease, the findings of elevated levels of AMA-M2 in children with autism are a potential worry perhaps requiring further healthcare screening and monitoring. Doubly so in light of other findings [3] reporting "anti-ds-DNA antibodies and ANA [anti-nuclear antibodies]... found in the sera of a subgroup of autistic children."

The ever-increasing volume of peer-reviewed research hinting at immune system 'issues' coincidental to at least some cases of autism [4] really can't be ignored for much longer. As with many such biological correlates linked to a diagnosis of autism, the idea that receipt of said diagnosis should be a starting point for further characterisation of genetic / epigenetic / biological processes potentially pertinent to the presentation of behavioural symptoms continues to gather momentum. This may be particularly important when it comes not just autism or autistic traits but also the presentation other comorbidity in years to come...