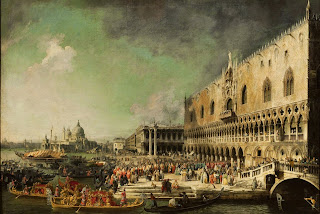 Regular readers of this blog probably know that I'm quite interested in the idea that the parasitic organism known as Toxoplasma gondii might have some rather interesting 'connections' to the presentation of [some] schizophrenia (see here). That the cat that might be sat in front of you as you read this post might have the ability to 'share' such a marvellous organism such as T. gondii as per the 'feline zoonosis theory of schizophrenia' (see here) is another aspect that has been also been discussed.

The paper by Tuncay Çelik and colleagues [1] (open-access available here) further adds to the growing peer-reviewed literature on this topic with their findings indicating that: "Toxoplasma-infected subjects had 15× higher probability of having continuous course of disease [schizophrenia] than Toxoplasma-free subject." I might add that before anyone gets the wrong idea about the labelling of schizophrenia as a 'disease', those are the authors words not mine.

A few pointers on the Çelik study might be useful:


Stepping back and realising that this was a 'snapshot' study where only one testing occasion was used for T.gondii exposure and schizophrenia symptom presentation on top of the "small size of the study group", these are interesting results. We are told that "none of the patients showed clinical evidence of immunodeficiency" which may yet be an important point when it comes to ascertaining the hows and whys of T.gondii infection and a condition as complicated as schizophrenia.

The idea that the clinical course of schizophrenia - some schizophrenia - may be to some degree 'affected' by the presence of antibodies to T. gondii is an intriguing one. Not only does it offer further evidence for the involvement of the immune system in cases (see here) but also the tantalising prospect that clearance of the pathogen might affect the symptom profile. We know, for example, that certain antipsychotics drugs used in the management of schizophrenia and psychosis may also possess certain 'anti-parasitic' actions [2] and could already be working by this mode of action. Whether this also means that more traditional anti-parasitic measures might also have a clinical place under certain circumstances is a question that remains unanswered (bearing in mind my caveat about not providing medical or clinical advice on this blog). It's not as if other 'medicines' haven't been looked at with schizophrenia in mind before (see here).

Oh, and I'll perhaps come to the paper by Mendy and colleagues [3] suggesting that: "Toxoplasma seropositivity may be associated with reading and memory impairments in school-aged children" at some point in the future and what it could mean for at least some schizophrenia with cognitive functions in mind...