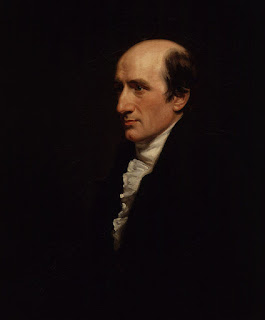 Those were the conclusions reached in the paper by Antonio Carroccio and colleagues [1] who sought to evaluate: "the prevalence of autoimmune diseases among patients with NCWS, and investigated whether they carry anti-nuclear antibodies (ANA)." Continuing a theme that the classic autoimmune condition known as coeliac (celiac) disease (CD) may be only one part of a 'issues with gluten' spectrum, researchers reviewed the files of over 100 participants diagnosed with NCWS (or even NCGS) "to identify those with autoimmune diseases" and compare rates with those diagnosed with CD and/or IBS. Further, serum samples were analysed prospectively for 42 participants diagnosed with NCWS and "ANA levels were measured by immunofluorescence analysis" again, compared with CD / IBS control data. ANA by the way, are antibodies against 'self' tissue and in particular, antibodies against the contents of the cell nucleus.

These are interesting results. Not only because of the overlap between autoimmune diseases and CD and NCWS (birds of an autoimmune feather flocking together and all that) but also that a higher burden of anti-nuclear antibody positivity might accompany NCWS in even greater frequency than CD. That Hashimoto's thyroiditis was the most common autoimmune condition identified is also an interesting prospect and ripe for further study in light of some research history in this area [2].

Wearing my autism research hat, I might also forward the idea that the Carroccio data intersects with quite a few potentially important papers published with [some] autism in mind. So, NCGS as a feature of some autism... well, there have been some hints of this in the peer-reviewed research literature as per the 'not quite coeliac disease' paper (see here) and other commentaries (see here). What I will also say is that although there are some gaps in the research in this area including how one clinically defines NCGS, we can perhaps assume that autism is not protective against developing something like NCGS. ANA and autism... I can direct you to the paper by Mostafa and colleagues [3] covered in a previous post (see here) and how: "anti-ds-DNA antibodies and ANA were found in the sera of a subgroup of autistic children." It strikes me that further study of NCGS, autoimmune comorbidty and anti-nuclear antibodies in cases of autism is a way to resolve any correlation or not.