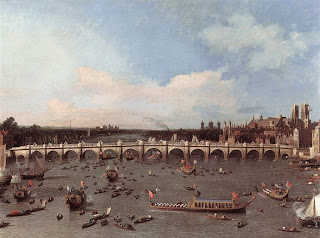 "These results support the hypothesis that higher serum 25(OH)D concentrations protect against depression even after adjustment for a large number of sociodemographic, lifestyle and metabolic factors."

That was the conclusion reached by Tuija Jääskeläinen and colleagues [1] who analysed data from several thousands of people (men and women aged between 30 -79 years old) included as part of the Finnish Health 2000 survey. Alongside assaying for serum levels of 25(OH)D - 25-hydroxy vitamin D being the metabolite of choice for measuring how much vitamin D a person has - researchers also collected information on whether or not a diagnosis of depression or anxiety had been reported and looked for any potential connections. Further: "sociodemographic and lifestyle variables as well as indicators of metabolic health" were included in the analyses as potential confounders.

The results: "Individuals with higher serum 25(OH)D concentrations showed a reduced risk of depression." Indeed: "Higher serum 25(OH)D concentrations were associated with a lower prevalence of depressive disorder especially among men, younger, divorced and those who had an unhealthy lifestyle or suffered from the metabolic syndrome." Metabolic syndrome, by the way, refers to a combination of clinical findings including diabetes, high blood pressure and obesity and has independently been suggested to be associated with depression [2]. Vitamin D levels have also been mentioned with metabolic syndrome in mind [3].

Authors also calculated something called the population attributable fraction (PAF) - "the proportional reduction in population disease or mortality that would occur if exposure to a risk factor were reduced to an alternative ideal exposure scenario" - and estimated that nearly a fifth of cases of depression might be 'reduced' "when serum 25(OH)D concentration was at least 50 nmol/l." I've talked about PAF before on this blog; coincidentally suggesting that a fifth of cases of schizophrenia might not be diagnosed if that old devil Toxoplasma gondii weren't present (see here).

Whilst calling for: "Large-scale prospective studies... to confirm this finding" the authors are already aware that there is a sizeable volume of peer-reviewed research suggestive of a connection between vitamin D levels and the presentation of depression. I've covered some of that literature before on this blog (see here) accepting that the label 'depression' covers quite a lot of clinical ground and is, most likely the result of a combination of various 'individual' factors: genetic, biological, psychological and sociological, varying from person to person. I'd also suggest that the concept of resilience might come into play too [4].

Regular readers of this blog might already know of my interest in all-things 'the sunshine vitamin' (see here for example) and how this vitamin/hormone seems to be involved in so much more than just avoiding rickets. The body of research looking at vitamin D and depression (even vitamin D and schizophrenia) leads me to ask whether there may be wider implications of the proposed link between vitamin D and behaviour/psychiatry specifically in cases where depression (and/or schizophrenia) may be associated with other labels. I'm of course thinking about autism and how the research on vitamin D and the autism spectrum is increasingly suggesting that there may be more to see (see here). Various types of depression do seem to be over-represented when it comes to autism as per the suggestion of a link between some types of autism and bipolar disorder (see here). One therefore wonders to what extent vitamin D deficiency/insufficiency linked to autism might also be part and parcel of the presentation of this other comorbidity...

Oh, and if you're thinking about supplementation (with no medical or clinical advice given or intended) please do be careful [5] (3 million international units is a bit much)...