"The neurodiversity movement is, arguably, still in its infancy" 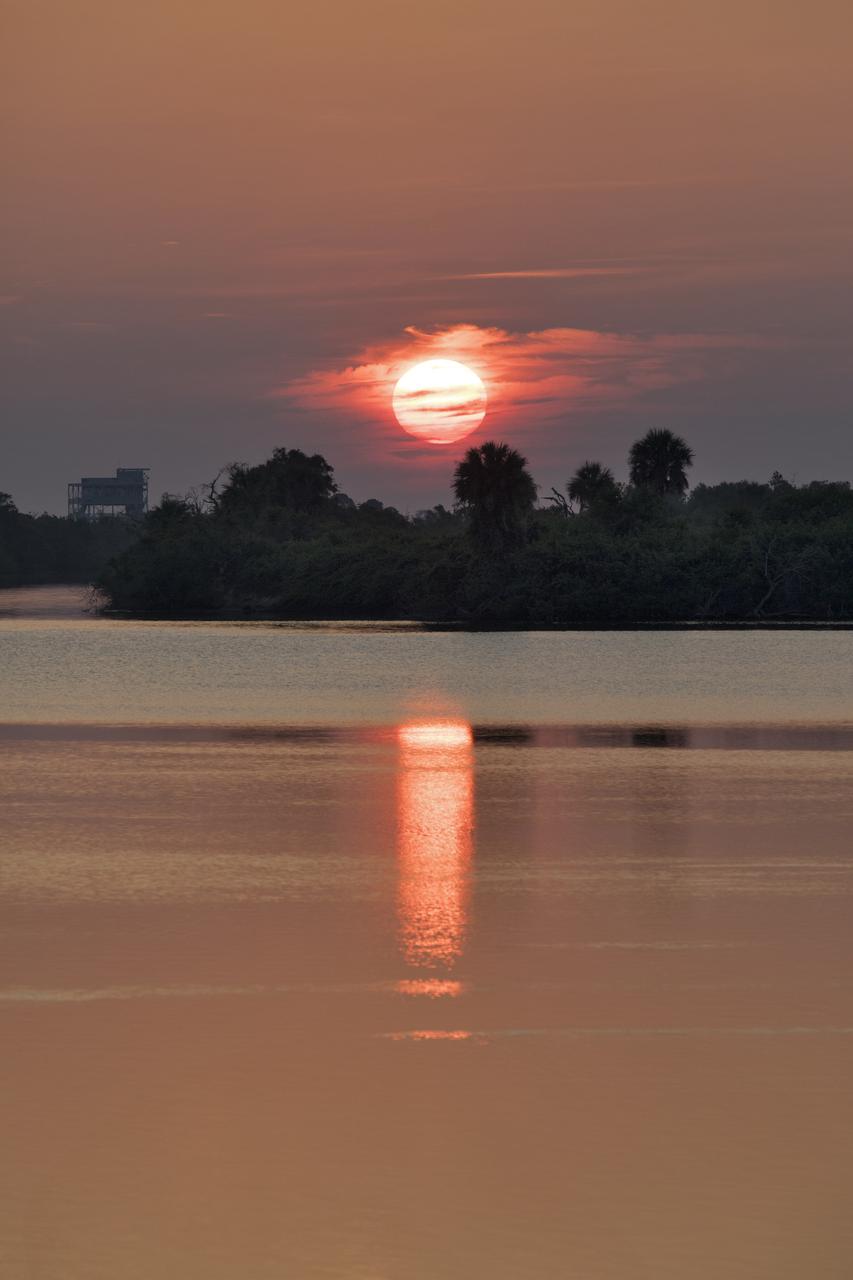 The quote heading this post - "The neurodiversity movement is, arguably, still in its infancy" - comes from the paper published by Jacquiline den Houting [1] discussing the idea / concept / movement known as neurodiversity as applied to autism.

I wanted to talk about this article because it's fair to say that neurodiversity, with specific reference to the label / diagnosis / condition that is autism, has been a source of quite a bit of discussion down the years (see here for example) and probably will continue to be so for a while yet. Even by posting on this topic and perhaps offering something just a little bit critical of some facets of neurodiversity, one runs the risk that someone, somewhere will take offence, such is the strength of feeling about this topic. But being "still in it's infancy" perhaps means that the idea of neurodiversity is still being properly formulated and adapted. And respectful [critical] dialogue is an important part of that development process.

Although there are lots of different interpretations of what neurodiversity [currently] is and what it includes, I would probably suggest that the ideas that (a) all brains (and bodies) are different and (b) diagnostic labels such as autism "are the result of normal, natural variation in the human genome" are key to any description. It's also worth pointing out that under neurodiversity "autism is conceptualised using the social model of disability" as an alternative to the medical model. The difference between the models lies in 'where disability comes from'. The medical model focuses on the individual; the social model focuses on society at large.

Without trying to ruffle any feathers and importantly, accepting that people are entitled to their own viewpoints about autism, particularly those who are themselves autistic, I still have further questions to ask about the neurodiversity paradigm and some possible limitations of the current version of it in the context of autism.

So first, the social model of disability is important. As per one example I found about how society still does create barriers to disabled people (wheelchair users and stairs is the classic example), there is merit in saying that society is not always as inclusive as it should be. Society needs to do a lot more, particularly where disability might not be so obviously present. I am however always struck by the neurodiversity idea that the social model of disability should serve as a total replacement of the medical model of disability. Can the two models not seemingly co-exist? Is it not possible for example, that someone can be both disabled by autism, or facets of autism, and also be disabled by the way that society 'responds' to an autistic person / person with autism? If I take the wheelchair user example again and apply it to this 'shared' model, would it not be sensible to suggest that if there are the means to empower a person not to have to use a wheelchair all the time, they could be utilised alongside also providing a ramp access if and when it is needed? Or should an important intervention that could potentially help someone to walk unaided for example, be discarded just to fit a sociological narrative? Now apply similar sentiments to autism and say someone who has crushing anxiety as a prominent feature (see here) where there may be options worth considering for some (see here). And just before you say anxiety is not a core feature of autism, I'd be minded to suggest that it may very well be intricately connected to core autistic features (see here and see here)...

Related to that last thread are the discussions about autism and natural genetic variation and how this plays out in relation to support and intervention, particularly when: "Conflict between critics and neurodiversity advocates in the debate over support and interventions tends to centre on the end goal of such interventions." den Houting uses some pretty sweeping language when concluding that: "Critics often (either explicitly or implicitly) promote reducing or eliminating autistic traits as a key priority of intervention." Such a line of thought ties into the idea of autistic identity that has followed neurodiversity; highlighting how autism is often seen as something 'central' to a person and perhaps impacts on how that person wants to be perceived by the world at large (see here). The logical notion is that any intervention to try and *change* autism represents an attempt to try and change something fundamental about a person.

Although I can't speak for every person who has ever or continues to involve themselves in autism research, particularly autism research geared toward intervention, I've often thought of the idea of 'eliminating autistic traits' as a rather sweeping generalisation. Most researchers understand that (a) there is no behaviour seen in autism that is not potentially seen in some measure in the 'not-autism' population at some point during a lifetime, and (b) the diagnosis of autism relies on the fact that autistic behaviours are present to an extent that they "cause clinically significant impairment in social, occupational, or other important areas of current functioning." I might add that point (a) is NOT in any way supporting throwaway phrases like 'we're all a little but autistic'. If aspects of autism are however so 'clinically significantly' impairing, I don't see why the choice to potentially reduce or alleviate certain issues shouldn't be offered if and when a suitable - safe and effective - intervention becomes available. Not to do so would perhaps constitute discrimination and represent a further inequality. Bear also in mind that a diagnosis of autism rarely exists in some sort of diagnostic vacuum (see here). As I've already mentioned, the presentation of certain 'comorbid' conditions may very well be intricately *related* to certain core facets of autism (see here and see here) as per what has been noted in the peer-reviewed literature on rare genetic conditions manifesting autism plus other issues (see here for one example). With increasing recognition of these points, the discussions about the ethics of 'reducing autistic traits' turn out to be a little more complicated than one might originally think. I might also add at this point that neurodiversity doesn't seem to much like the ideas that not all autism is wholly genetic (see here) and/or present from birth or before (see here).

I'd suggest that the authors call for "services aimed at improving subjective quality of life and well-being while respecting and preserving autistic ways of being" is also not at odds with other research and practice aims and objectives. It's perfectly acceptable to look at how autistic traits and features might positively impact on a person and try and disentangle them from other traits that might be rather more disabling and could perhaps be amenable to some sort of intervention if wanted/required. Indeed, with initiatives such as the development of the ICF cores sets for autism, there is already a potential plan of action under such a heading (see here). And yes, the words "provided at the request and with the consent of the autistic person in question" are absolutely to be respected.

I have to say that in all I've read about neurodiversity and autism down the years, the key themes that jump out to me about why this idea is so readily acceptable to so many are the concepts of respect and belonging. Respect as in ensuring that a person is valued as a person and not some sort of clinical entity or diagnosis to be 'researched' and belonging insofar as neurodiversity offering an identity and perhaps even kinship for many people with many different 'medicalised' labels. It's impossible to know the personal histories and circumstances of everyone who subscribes to the concept of neurodiversity (whatever they see this as), but after hearing many challenging stories of childhood and early adulthood adversities faced by those on the autism spectrum, finding some sort of 'belonging' would seem to be an important part of the draw of neurodiversity (and probably why neurodivesity flourishes on social media platforms). Indeed as the author herself once said in an interview: 'Find your tribe'. From those points of view, neurodiversity does offer something valid to autism and beyond.

I can't however brush over certain aspects of neurodiversity including the wholly social model view of disability that it strives to adopt. It's quite evident that the obstacles posed by society do impact people, but probably not with any less of an effect on some autistic people as their autistic features do. I speak particularly of those who present with significant difficulties that mean a life of constant care and supervision; something perhaps described as level 3 in the latest DSM-5 criteria for autism (see here). Indeed, one could argue that where autism for example, means a lifetime of parental guardianship and/or residential care and support, society is generally at its most 'ableing' in providing such services and support. Not always, and improvements are always required (see here), but generally speaking society is not the universally disabling monster that some would have it labelled as.

Finally I can't mention neurodiversity without also mentioning an unfortunate word: 'neurotypical' also known as NT. As I've said before, the misnomer known as 'neurotypical' (see here), thankfully only mentioned twice in the den Houting paper, is something that seems to be synonymous with neurodiversity, despite being a tad counter-intuitive [2] (typicality in diversity?). If neurodiversity wants to perhaps evolve further, distancing itself from the nonsense that there is such a thing as 'neurotypical' within the vast ever-changing individual complexity of the brain and central nervous system (CNS) is perhaps as a good a first step as any to take.