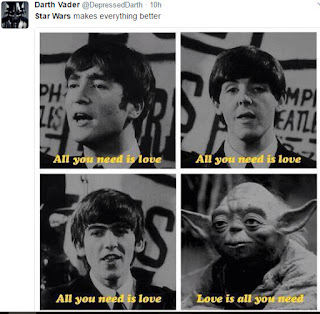 "Findings suggest that autistic adults should be considered autism experts and involved as partners in autism research."

That was the conclusion reached in the paper by Kristen Gillespie-Lynch and colleagues [1] (open-access) reporting on the results of an online survey assessing "autism knowledge and stigma among 636 adults with varied relationships to autism, including autistic people and nuclear family members." Among the various groups of people who contributed to the survey, several viewpoints emerged. The message primarily however was that: "autistic people are autism experts through their lived experiences." I don't think many people would quibble with such findings.

A few other details emerged from the Gillespie-Lynch study that merit discussion. Many participants showed a "reduced tendency to view autism through a deficit-defined medical model compared with non-autistic people." This is perhaps not an unexpected finding given the history of applying the medical model to autism and the rise and rise of the neurodiversity movement that "challenges the medical model" in particular respect over the question of deficit vs. difference and implications thereof. Although the medical model provides the means to identify and diagnose autism or autism spectrum disorder (ASD) (on the basis of deficits), it's not unexpected that for some, once those tasks have been completed, the 'treatment' side of the model is not necessarily a top priority; or at least not as important as addressing the various inequalities that seem to stem from a diagnosis. That being said, I do agree with the authors sentiments that: "the neurodiversity movement and the medical model overlap in recognizing that supports are needed to ameliorate challenges associated with autism." Those challenges are variable and person-dependent but include the effects of both core and peripheral signs and symptoms and the various over-represented comorbidities that seem to follow a diagnosis of autism (see here). I would, at this point, also caution on using the words 'biopsychosocial model' in the context of autism as the authors have included in their discussions, given what it has meant for other labels (see here) and the potential 'psychologising' of some important medical symptoms.

I added the words 'with research caveats' to the title of this post to ensure that such a positive message about autism and the autism spectrum is not just given a 'free pass' when it comes to scrutiny of the scientific method, the way the study was carried out and the applicability of the results to the entire autism spectrum. This was an online survey not a face-to-face piece of research (other related research has similarly used such a method and on more than one occasion) and the authors acknowledge that they: "did not verify diagnosis of participants who self-identified as autistic" for example. Given what we are beginning to see when it comes to some of the 'self-screening' instruments out there regarding possible autism or not (see here), I'm always a little cautious that self-diagnosis / self-identification does not necessarily mean [eventual] clinician-diagnosed autism and how important this is when it comes to correctly ascertaining the wants and wishes of those diagnosed as being on the spectrum.

On the point about the representativeness of this research, the authors also note: "Findings may not generalize to autistic participants who lack the verbal and computer skills needed to complete the survey." Yet another example it seems of this important issue.

I have to say that I'm also a little disheartened that yet again an important group that was once very firmly on the autism spectrum aren't really given the credit they deserve according to the Gillespie-Lynch findings: "Autistic participants were more likely to recognize that most children cannot outgrow autism." The 'optimal outcome' children and adults it seems, still represent one of the most maligned groups associated with the autism spectrum (assuming that optimal outcome occurring in up to 9% of the autism population is not an insignificant figure). This despite the fact that even the diagnostic stability of the most 'high-functioning' cases of autism can wobble it seems (see here) even into adulthood. One of the premier experts on autism also seems to agree according to some recent media (see here). I often wonder if the seeming lack of acceptance of this group/feature might have something to do with the 'identity' side of autism and the idea that within the vast heterogeneity of autism (or the plural autisms if you prefer) the use of 'them and us descriptions' like 'neurotypical' are perhaps not as binary or long-lasting as many would believe or want to believe?

Within the context of [approximate] phrases such as 'if you've met one person with autism, you've met one autistic person' there is caution in over-generalising these latest results but they are nonetheless important. I think it would be rather fitting to end with a few choice phrases from the Gillespe-Lynch paper: "As many of our survey respondents indicated, each person, regardless of whether or not they are autistic, is unique" and: "Some autistic people seek out factual knowledge about autism while others believe that they can only be experts in their own particular form of autism." Either way, the insights provided by people on the autism spectrum (all parts of the autism spectrum and indeed, across the age ranges) should be valued, and where possible, incorporated into research and practice.

And one voice from the autism spectrum carries some rather sensible messages...