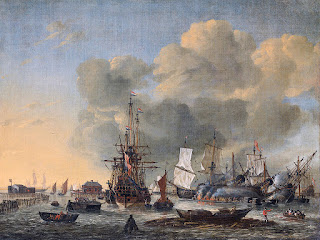 I was really rather happy to see the "preliminary evidence" reported by Rebecca Schmidt and colleagues [1] when it came to examining whether selected vitamin D metabolic gene variants might show linkage to autism spectrum disorder (ASD) based on data derived from the CHARGE initiative.

For quite a while now I've discussed the various peer-reviewed science on the topic of vitamin D deficiency / insufficiency with autism in mind on this blog (see here and see here for example). Specifically, how a diagnosis of ASD seems to offer little protection against issues with vitamin D appearing and what that could mean for important issues such as bone health (see here) for example.

A key component that seemed to be missing from the growing volume of research looking at vitamin D and autism was some discussion about whether the genetics of vitamin production and usage might offer some further clues to how vitamin D might more directly be 'linked' to [some] autism. Schmidt et al have started to put some flesh on to the scientific bones in this area following their previous research discussions on vits and SNPs with autism in mind (see here) .

So: "Maternal, paternal, and child DNA samples for 384 (81%) families of children with ASD and 234 (83%) families of TD [typically developing] children were genotyped for: TaqI, BsmI, FokI, and Cdx2 in the vitamin D receptor (VDR) gene, and CYP27B1 rs4646536, GC rs4588, and CYP2R1 rs10741657." In effect, researchers looked for potential genetic 'issues' with the vitamin D receptor (VDR) gene that have previously been linked to various health issues. They found some potentially interesting information including: "Paternal VDR TaqI homozygous variant genotype was significantly associated with ASD in case-control analysis." Homozygous by the way, refers to the concept of zygosity and the fact we have pairs of chromosomes. Further: "A significant association between decreased ASD risk and child CYP2R1 AA-genotype was found in hybrid log-linear analysis."

This is early days research insofar as the genetics of vitamin D and autism only being mentioned once before in the research literature as per the report from Yan and colleagues [2]. I'm excited at the Schmidt data but am not going to go all out on this very preliminary inspection of vitamin D receptor gene functioning without further large-scale replication and validation studies being carried out including discussions on things like cognitive ability in light of other recent data [3]. Whilst we are however, on the topic of vitamin D and its potential extra-skeletal activities, I'm minded to also bring in the paper by Kaneko and colleagues [4] and their results implying that "vitamin D affects brain serotonin concentrations" with mention of autism among other labels. Reporting on a particularly interesting enzyme - tryptophan hydroxylase (TPH)2 - which has an important role in serotonin metabolism (see here) I'll be watching closely on how vitamin D research with autism in mind also develops in this area.

And then there are the Raftery results [5] to bring to your attention putting further scientific flesh on to the bones about the possibility of a relationship between vitamin D levels and intestinal permeability (see here). Given what has been mentioned about 'leaky gut' and autism in the peer-reviewed literature so far (see here) one might also add this to further investigations in this area...

Music: I am the Monarch of the Sea.