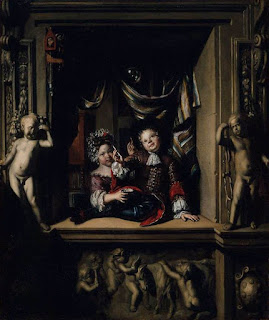 Urinary incontinence - "the unintentional passing of urine" - is a fairly common issue affecting millions of people of all ages worldwide. Achieving full bladder and bowel control is seen as a typical part of growing up but for some children, particularly those diagnosed with a behavioural or developmental condition, issues with incontinence can persist much later into life [1].

The findings reported by Alexander von Gontard and colleagues [2] bring the issue of incontinence into the autism research spotlight with their observations that: "children with ASD [autism spectrum disorder] are at a greater risk of being affected by different forms of incontinence and LUTS [lower urinary tract symptoms]."

Based on responses to a questionnaire "referring to incontinence and the International Consultation on Incontinence Questionnaire-Pediatric LUTS (ICIQ-CLUTS)" researchers were able to compare results for 40 children diagnosed with ASD (mean age 11 years) with 43 aged-matched asymptomatic controls. Assessing various different types of incontinence, results suggested that nearly a third of participants with ASD showed nocturnal enuresis (night-time urinary incontinence) and nearly a quarter with daytime urinary incontinence. Control responses were 0% and ~5% respectively. Presentation of lower urinary tract symptoms (LUTS) in general were more frequently noted in the ASD group including "urgency and postponement".

Given that psychological symptoms can to some extent also overlap with incontinence issues, researchers also reported that "children with ASD showed higher rates of clinically relevant psychological symptoms (externalizing and internalizing symptoms), and according to the psychiatric interview, they had higher rates of comorbid psychological disorders." The conclusion: "children with ASD are at a greater risk of being affected by different forms of incontinence and LUTS. Therefore, screening for incontinence and, if indicated, treatment of these disorders is recommended."

This is not the first time that incontinence issues have been reported as occurring alongside a diagnosis of autism. Geier and colleagues [3] observed a fairly high number of their cohort with autism (mean age ~ 6 years) as also presenting with incontinence issues. Other studies have suggested a connection between certain medication use and the onset of incontinence in cases of autism [4]. Incontinence has tended to be something of unspoken issue in autism research and practice down the years as reports of children 'still in nappies' have circulated. I can't say for sure why such issues seemed to have been just left as part of the expected outcome for children with 'special needs' as the earlier article from von Gontard [1] described them, but it strikes me that we should perhaps be doing more to tackle such issues when present. The idea that continence problems might also have specific presentation profile(s) when noted in cases of autism is also interesting in light of other work [5] suggesting that screening for autism in case of "functional defecation disorders" might be indicated. Added to research on slow bowel transit time and autism (see here) and the closer inspection of general incontinence issues allied to autism is very much indicated.

Music: The Beatles - Hello Goodbye. Well, make up your mind...