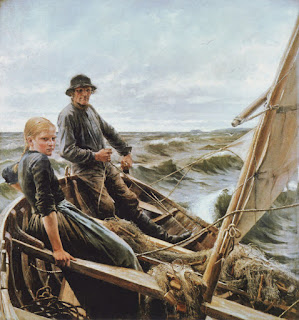 "Across each population with different kinds of ascertainment, there was a consistent and statistically significant increased prevalence of IBD [inflammatory bowel disease] in patients with ASD [autism spectrum disorder] than their respective controls and nationally reported rates for pediatric IBD."

That was the conclusion reached in the paper published by Finale Doshi-Velez and colleagues [1] including one very notable name on the authorship list, Isaac Kohane (he of comorbidity clusters and autism research fame).

Drawing on data from various sources - "rates of IBD among patients with and without ASD were measured in 4 study populations with distinct modes of ascertainment: a health care benefits company, 2 pediatric tertiary care centers, and a national ASD repository" - researchers set about establishing whether there were any differences between those with autism and those without autism in terms of IBD frequency. IBDs by the way, were characterised using ICD-9-CM codes and primarily included diagnoses of Crohn's disease and/or ulcerative colitis.

Researchers reported that "the rates of IBD-related ICD-9-CM codes for patients with ASD were significantly higher than that of their respective controls" despite the actual numbers diagnosed with an IBD being quite low (23 out of a cumulative population of nearly 10,000 participants). For those 23 people on the autism spectrum however, formal diagnosis of an inflammatory bowel disease is probably a very real thing to them and their families.

As mentioned in previous discussions on this blog, to talk about inflammatory bowel disease and autism can stir up some quite intense emotions and debates (see here) despite the fact that a diagnosis of autism is seemingly not protective against presenting with such issues (see here). Alongside the acceptance that more functional bowel issues such as constipation and diarrhoea are quite a frequent feature for quite a few cases of autism (see here), research attention needs to turn towards the underlying reasons why such functional bowel problems present and whether they may be reflective of something more pathological than just as a consequence of poor eating habits (see here) or any psychological / behavioural comorbidity (see here).

I'd wager that there is a lot more to see in this area of research particularly in light of ideas about the gut-brain axis being something potentially important to [some] autism (see here) alongside the idea that there may be specific neurological consequences of IBDs (see here). The idea that parental experiences of IBDs may also not be associated with offspring autism risk (see here) invites some interesting research discussing the ways and means that IBD risk comes to be heightened in relation to autism...

Music and have you heard that bird is the word?