Prenatal air pollution and autistic traits NOT linked (in Europe) 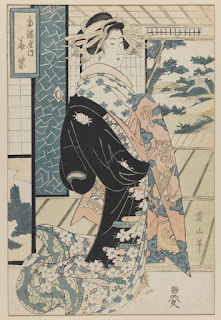 "Prenatal exposure to NO2 [nitrogen oxide] and PM [particulate matter] was not associated with autistic traits in children from four to ten years of age in four European population-based birth/child cohort studies."

That was the conclusion reached in the study published by Mònica Guxens and colleagues [1] (open-access available here) crossing various European population-based cohorts as part of the "European Study of Cohorts for Air Pollution Effects (ESCAPE)" and looking at some 8,000 children in total. Outside of the grand study design and large participant number included in the Guxens study, I wanted to talk about this study to provide a little balance to the previous discussions on this blog about autism and air pollution which seemed to be coming to rather different conclusions (see here and see here for example).

The Guxens paper is open-access but here are a few pointers:

Guxens et al note how their results are in direct contrast to the some of the previous and emerging research [2] in this area, citing some important references along the way. They explain this in a few ways including noting how: "previous case-control studies selected children with a diagnosis of ASD [autism spectrum disorder] whereas in our study we studied children with autistic traits from population-based birth/child cohorts." Further: "We hypothesize that prenatal exposure to air pollution could be related to ASD but not with broad autistic traits in children" but based on their data "found no indication of an association between prenatal air pollution exposure and autistic traits within the clinical range."

The idea that: "Further research including trace metal content of the PM such as lead or manganese is warranted to better understand the discrepant findings" is also banded about and I'm in agreement with them on this matter [3] given some of the previous findings on the metallome and autism (see here). Lead (Pb) and its health effects by the way, is also something that I've been interested in down the years of blogging (see here).

Without trying to turn null findings into positive findings, I'm also minded to bring another variable to the table that might be worth re-analysing for based on the findings from Heather Volk and colleagues [3] (one of the co-authors on the Guxens paper) who talked about gene x environment interactions when it comes to the possibility of a link between risk of autism and prenatal air pollution exposure (covered in a previous blog post). I say this bearing in mind that studying MET genotype on its own and without reference to the multitude of genetic and epigenetic factors that may also be involved, is but a drop in the scientific ocean; but at least it would be a start.

I end however with the statement that: "this study showed a null association between prenatal exposure to several air pollutants, including NO2 and PM, and autistic traits in children aged 4 to 10 years in four European population-based birth/child cohorts." Once again, autism research comes up with conflicting findings...