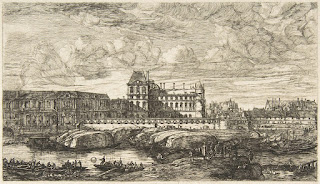 I don't want to spend too long discussing the paper by Charles Nelson and colleagues [1] suggesting that: "Families of children with ASD [autism spectrum disorder] who have an infant show shortened telomeres relative to families with no history of ASD" but it is worth blogging about.

As per a previous entry on telomeres and autism (see here), telomeres - the biological equivalent of plastic aglets on shoelace tips to prevent fraying - are starting to enter the autism [peer-reviewed] research psyche on top of their more traditional role suggested in ageing and cancer for example (see here). Indeed, telomeres and cellular ageing are getting quite a bit of press these days with psychiatry in mind [2] as per the goings-on with schizophrenia in mind [3] and psychotic symptoms [4].

The Nelson study started from the angle that: "Exposure to psychological stress is associated with accelerated telomere shortening, and a well-established body of evidence indicates that families with a child with autism spectrum disorder (ASD) experience heightened levels of psychological stress." They also make mention of the words 'oxidative stress' and 'DNA methylation' as also potentially impacting on telomere length and at the same time having some research 'form' when it comes to autism (see here and see here respectively).

With that all in mind, saliva samples were analysed for family members designated as 'high risk for ASD (HRA)' or 'low risk for ASD (LRA)' as a function of "older siblings' diagnostic status." Relative average telomere length was the chosen variable analysed by a "real-time polymerase chain reaction (PCR) telomere assay."

Results: "HRA families demonstrated significantly shorter telomere length relative to LRA families." This was noted across the board when it came to family members analysed (infants, older siblings parents) although the group data comparing fathers between the groups were not significantly different. The authors conclude that: "such "high-risk" families should be monitored for the physical and mental health consequences that are often associated with accelerated telomere shortening."

This is interesting work (isn't is always?) but I'm going to advise a little caution before anyone goes assuming that telomere length is the be-all-and-end-all of autism research. The inevitable hype that has followed telomere research down the years has done some real damage to the credibility of some of the findings on telomeres in other areas so one treads a little carefully. That telomere length seems also to correlate with quite a few other interesting concepts such as inflammation for example [5] is also of potential interest, particularly when inflammation seems to crop up time and time again with [some] autism in mind (see here). I dare say that future studies of telomere length and autism might want to take quite a wide view of any association including the analysis of telomerase too.

Music: The Charlatans - The Only One I Know.