Homocysteine and autism: yet more... 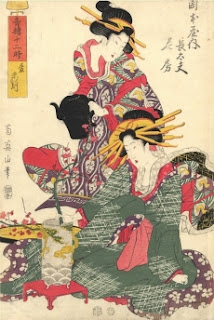 It's been a while since I've discussed the issue of homocysteine - that's homocysteine not homocystine - with autism in mind, so consider this short blog entry a bit of an update to previous discussions (see here and see here).

In case you need to know it, homocysteine is an important component of the trans-sulfuration pathway intersecting with both the methione cycle and the folate cycle. Collectively, these biological processes have important functions for various aspects of biology including the process of methylation and the issue of oxidative stress leading into the important role of glutathione (see here) for example.

I was brought to this post following the publication of two recent paper from Carmen Puig-Alcaraz and colleagues [1] and from Yu Han and colleagues [2] that both reported on elevated levels of homocysteine to be present in their cohorts of children diagnosed with an autism spectrum disorder (ASD) compared with asymptomatic controls. These findings are pretty much in line with what most other research has reported in this area.

Puig-Alcaraz et al reported that alongside an overall increased level of urinary homocysteine in their cohort, there seemed to be something of a relationship between elevated urinary homocysteine with "the severity of the deficit in communication skills" in their participant group. Something that was not seen when looking at the other core areas of autism (social interaction and repetitive/restricted behaviour). I'm intrigued at the prospect that specific traits may be linked to something like elevated levels of homocysteine although recognise the need for far greater scrutiny of this finding with larger cohorts. That this group only measured homocysteine in urine is another issue that needs to be further explored.

Han et al report results based on Chinese children. This in itself is an important cohort suggesting that issues with homocysteine might cross geography and ethnicity when it comes to autism on the basis of other studies looking at different populations. Alongside reporting on elevations in homocysteine, researchers also noted that total levels of glutathione and cysteine were lower in the autism group; findings that accord with meta-analyses of glutathione and related compounds with autism in mind (see here). Further: "Hcy [homocysteine] levels correlated significantly with increasing CARS [Childhood Autism Rating Scale] scores and GSSG [oxidized glutathione] levels in children with ASD" with the proviso that further investigations are needed in this area.

The peer-reviewed evidence is indeed stacking up for something potentially fundamental at work when it comes to autism and homocysteine. At this stage it would be difficult to tease apart homocysteine alone as being 'linked' to [some] autism given the myriad of other compounds/pathways also potentially implicated as per the literature on the B vitamins and their important links to homocysteine. I'm also wondering whether another relation of one of the B vitamins, methylmalonic acid, that has languished in the autism science desert for far too long might also need resurrecting in future studies on the 'big H' and autism?