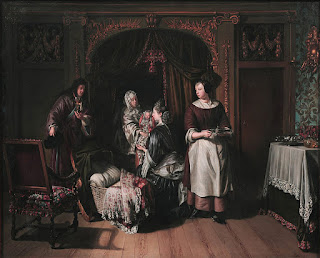 Regular readers are probably tired of reading blog titles like the one for today on this site. It's not as if the idea that a diagnosis of autism might predispose someone to quite a few more comorbid conditions (see here and see here) hasn't been discussed on quite a few occasions.

But just in case the message hasn't got through, I draw your attention to the paper by Kyle Jones and colleagues [1] concluding that: "Adults in this cohort of autism spectrum disorder first ascertained in the 1980s experience a high number of chronic medical conditions, regardless of intellectual ability."

The cohort in question was part of the 1980s Utah/UCLA autism epidemiologic study and some further follow-up of some of the people who participated in this quite early research foray into the epidemiology of autism. I say 'some' of the cohort because, as has been discussed previously on this blog (see here), sadly not everyone has survived over the years. Part and parcel of that 'excess mortality' in this cohort discussed by Bilder and colleagues [2] was thought due to "the presence of comorbid medical conditions" among other things.

The recent Jones paper "queried medical symptoms, disorders, hospitalizations, surgeries, and medication use" for 92 participants from the original cohort, mostly aged in their mid-30s. The found that: "The most common medical conditions were seizures, obesity, insomnia, and constipation." Further: "The median number of medical conditions per person was 11." Interestingly, researchers suggested that various factors might further increase the risk of such medical comorbidity including gender (females over males) and the presence of obesity. I say that bearing in mind the relatively small participant numbers included for study (69 of the 92 participants were male).

What's more to say on the basis of these and other findings? Well, the need for greater appreciation that autism seems to go much further than the presentation of core symptoms might be one thing (see here). As per my various ramblings on physical health and activity with the autism spectrum in mind (see here) tackling issues such as obesity might be another thing (see here) bearing in mind how various eating/feeding issues for example, might complicate matters when it comes to autism and obesity (see here). The same also goes for sleep (see here).

In the words of Jones et al: "Understanding of these conditions commonly experienced should direct community-based and medical primary care for this population." Once again, I cannot disagree with such sentiments.